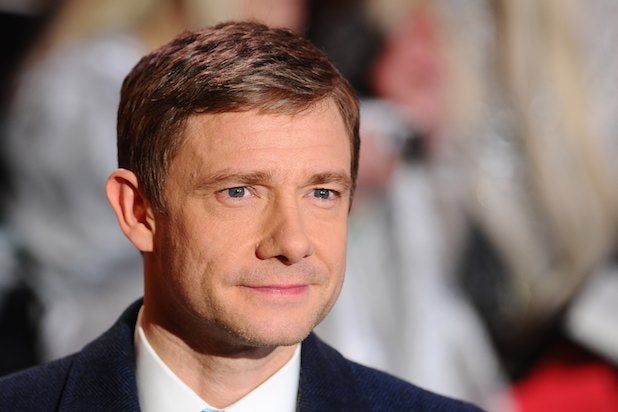 FX has given a 10-episode series order to “Breeders,” a new sitcom that will star Martin Freeman (“Sherlock,” “Fargo,” “Black Panther”) and Daisy Haggard.

The first season will be produced by FX Productions, Avalon Television and Sky Original Productions and will debut on FX in 2020.

Co-created by Simon Blackwell, Chris Addison (“Veep,” “The Thick of It,”) and Freeman, “Breeders” will explore “the parental-paradox that it is possible, in the very same moment, to love your child to the horizon of the universe, while being apoplectically angry enough to want to send them there. Martin Freeman stars as a caring father discovering he’s not quite the man he thought he was.”

Blackwell, best known for his work writing for shows like “Peep Show,” “The Thick of It,” and “Veep,” on which he also served as an executive producer and won two Emmys, will serve as showrunner.

“I’m delighted to be making Breeders with a team that can make me laugh whilst we look at some of the less-discussed truths and challenges of being a parent,” said Freeman in a statement announcing the project. “I really love this project and am delighted to be working with FX and Sky.”

“I am very excited about making Breeders, to the point of being told to go to bed and stop showing off,” said Blackwell.

“It’s a treat to be cooking up stuff with my old comrade Simon Blackwell and the peerless Martin Freeman. We’re very excited that FX and Sky have agreed to finance what is effectively us working through some of our own issues in the form of ten half-hour sitcom episodes. Usually you have to pay for your own therapy,” Chris Addison said.

Breeders was commissioned for Sky by Zai Bennett, director of programmes, and Jon Mountague, head of comedy, with Josh Cole set to be the commissioning editor.