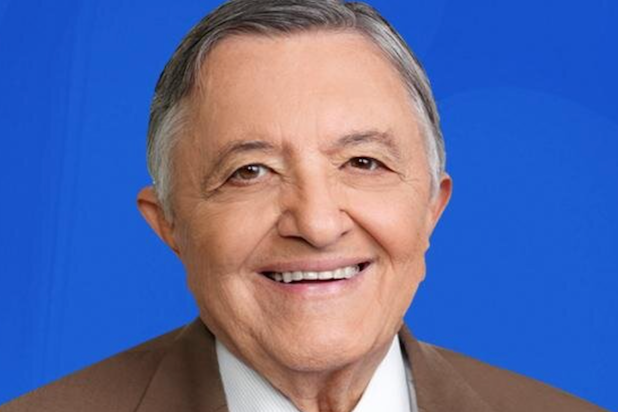 Journalism legend Gabe Pressman, whose career spanned over 60 years, has died at age 93.

Pressman’s wife told NY1 that he died in his sleep early Friday morning.

During his career, Pressman interviewed Marilyn Monroe to Fidel Castro, and covered everything from the Beatles arriving in America in 1964 to the assassinations of John F. Kennedy, Robert F. Kennedy and Martin Luther King. Jr.

The Bronx native started his television career at WNBC in 1956 as one of the first local broadcast reporters in New York. He would go on to win 11 Emmy Awards. Pressman was still listed as a senior correspondent with WNBC until his death.

Prior to his TV career, Pressman worked in print. In 1949 he became a City Hall reporter for the New York World Telegram and Sun. He also served as a combat naval officer during World War II.

Joining my friends at WNBC in NY in mourning loss of Gabe Pressman. Broadcast news pioneer and role model to generations of news people.

Just in to @NY1: longtime NYC TV newsman Gabe Pressman died in his sleep this morning. He was 93 years old.

RIP Gabe Pressman. What a career as a local newsman.

Gabe Pressman was relentlessly fair and trustworthy and knew politics like no one else. He was pretty good with a stopwatch too. RIP. pic.twitter.com/kGoQQjTcsG

So sorry to hear that #Gabepressman has passed. I admired his standards, his energy, his passion. #rip ????

A true loss: relentless 60-year NYC reporter Gabe Pressman dead, 93. I interned in his newsroom, he was great to all https://t.co/7Xqrxlswgg

A legend has passed. RIP @Gabe4ny. Gabe Pressman was one of the finest NY storytellers. It was honor to work with him.