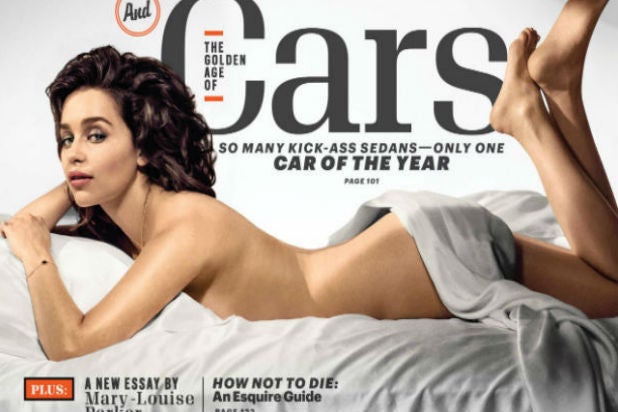 Emilia Clarke has been named Esquire’s Sexiest Woman Alive for 2015.

The actress who played Sarah Connor this past summer’s “Terminator Genisys” stripped down for the cover of the November issue, and of course, talked about her biggest role yet: Daenerys Targaryen on HBO’s “Game of Thrones.”

“My agent told the casting director, ‘I know that the breakdown for this character is tall and willowy and blonde. I know she’s short and round and brown, but I’d like you to see her,'” Clarke said in her interview for the magazine.

“I had two scenes which told me nothing and not very much time in which to read all those [George R. R. Martin] books,” she said. “So I did what every good actor does and Wikipedia’d the living crap out of it.”

Clarke also discussed the difficulty of filming nude scenes early in the show’s early seasons. “Once, I had to take a little time out. I said I needed a cup of tea, had a bit of a cry, and was ready for the next scene,” she said.

She went on to discuss how her father, a crew member on London stage productions, tried to discourage her from pursuing acting. “He wanted me to be very realistic about the whole thing, about how nobody makes any money,” she said. “‘The only line you’ll ever need to learn,’ he told me, ‘is “Do you want fries with that?'” 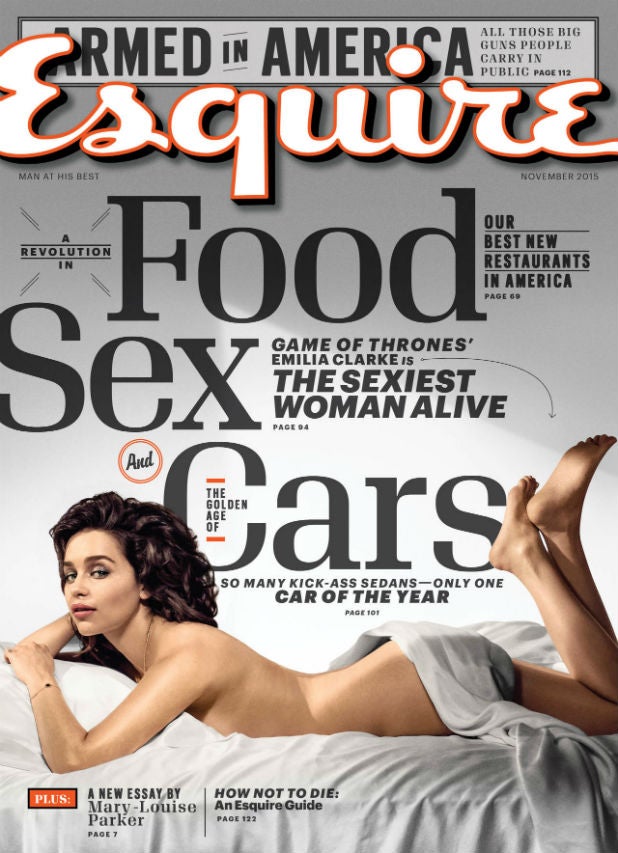