This is no milk of the poppy.

The “Game of Thrones” logo is being stamped on bags of a dangerous mix of drugs that police in Northeastern United States have recovered at the scenes of several overdoses.

The Vermont Department of Health reports that the drug is possibly a mixture of heroin and the powerful painkiller fentanyl, which is up to 50 times stronger than heroin. The agency also said that “at least 10 people have overdosed, taking more than one dose of naloxone (Narcan) to be revived.”

Also Read: 'Game of Thrones' Season 8 Will Be the Last, HBO Confirms

Over the weekend, the police department of Lebanon, NH, responded to a drug overdose call. After the victim was revived, police traced the heroin back to a local man, who was found to be in possession of bags bearing the “Game of Thrones” stamp. 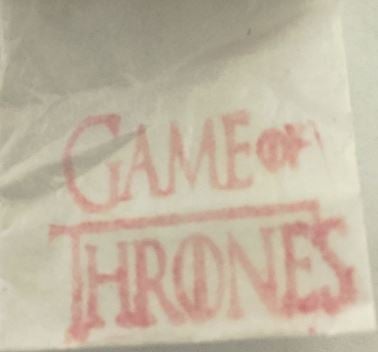 The dealer has been charged with two counts of selling heroin, possession with the intent to distribute, and possession of a narcotic drug.

“I can’t really get into the mind of the dealers themselves, but it could be for tracking. There’s a number of different reasons why stamping is used on packets of drugs,” Lebanon Police Chief Richard Mello said at a press conference.

TheWrap’s list of who and what’s hot with TV Academy voters this season, from “Game of Thrones” to “Veep” to Jimmy Kimmel