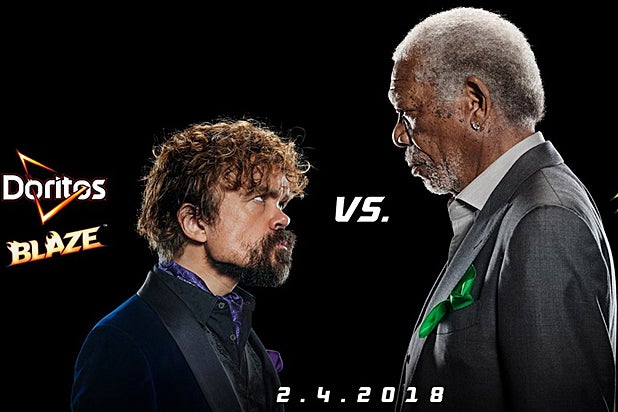 It’s that wonderful time of the year when even non-sports fans can reap the benefits of the Super Bowl thanks to some epic ads.

One of the first campaigns to launch is a double-header from PepsiCo featuring two of its iconic brands — Doritos and Mountain Dew — and two of the most beloved actors in Hollywood — Peter Dinklage and Morgan Freeman.

In the hilarious teaser, the “Game of Thrones” actor (representing Doritos Blaze) faces down the “Shawshank Redemption” actor (as Mountain Dew Ice) with the steadfast glare that he uses on Cersei Lannister.

But unlike his evil on-screen sister, Freeman responses with a simple “Boo!” — as Missy Elliott blasts in the background.

With a runtime of 14 seconds, the clip is short and sweet — just like Dinklage — but is a taste of more to come as Super Bowl commercial seasons heats up. The full ad will run 60 seconds.