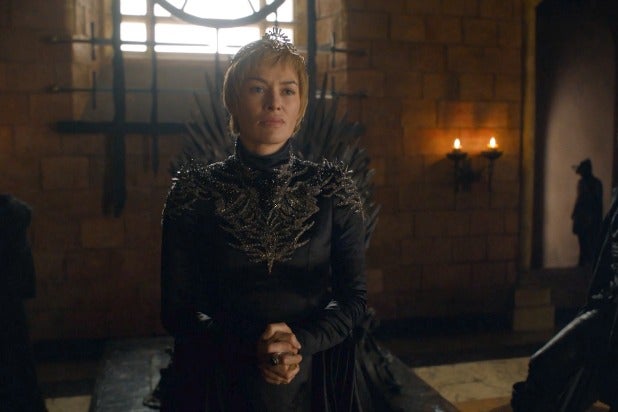 In a poll of TV fans conducted by Rotten Tomatoes, it’s no surprise which show is sitting on top of this throne.

“Game of Thrones” was named the best show of the last 20 years, according to readers of Rotten Tomatoes, the review aggregation site. Fans were asked, “What do you think is the best TV show of the past 20 years,” and 11 percent of the respondents named the HBO drama their favorite.

Clearly there was some leeway in the list, seeing as shows like “Seinfeld” and “Friends” started earlier than 20 years ago, but ended their runs within the last 20 years. And “Doctor Who” has been on forever.

Among shows on this Top 10 list that have a TomatoMeter ranking, “The Big Bang Theory” ranks the lowest with a grade of just 82 percent, still fresh, but not exactly a critical darling.

“The Simpsons,” “The Sopranos” and “The Wire,” which TV critics Matt Zoller Seitz and Alan Sepinwall named the top three shows of all time in their book “TV (The Book),” all fell into the Top 20 on the Rotten Tomatoes list. Netflix’s “Stranger Things,” which ranked 22nd, is the only rookie show in the poll to rank among RT’s Top 40.

Also Read: 'The Deuce' Review: David Simon's New Drama Is Sexual, But It's No Fantasy

Surprisingly, there was no love for “30 Rock” or “Parks and Recreation,” though NBC’s “The Office” did make the cut. In fact, only 11 of the 40 ranked shows are comedies.