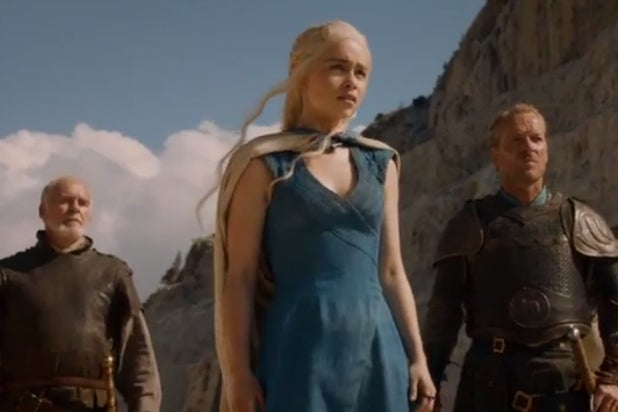 HBO posted an extended look-back, look-forward “Game of Thrones” teaser on Sunday that promises the upcoming Season 4 will top the series’ infamous “Red Wedding” climax. Or at least, Tyrion Lanaster (Peter Dinklage) makes that guarantee in the video below.

The 14-and-a-half minute “Game of Thrones” Season 4: Fire and Ice Foreshadowing clip includes past and future footage, as well as many behind-the-scenes interviews with the cast and crew. There are fan questions answered, blooper reel footage, minor reveals and grand sets.

And yes, dragons, who continue to grow up before our eyes.

The principal actors reveal their favorite lines, deaths and characters in the fourth-wall removal video, embedded below. They also all tend to agree that the next season is even more action-packed throughout than its predecessor.

And there is one key difference that should have fans rooting in Season 4: “The good guys are coming back this year,” Maisie Williams (Arya Stark) said at the end of the clip.