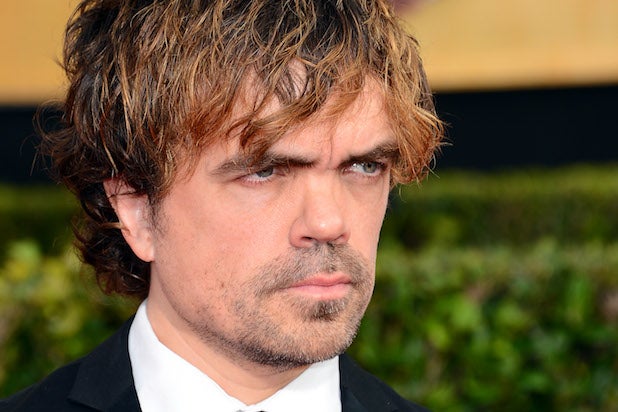 “Pixels” is an adaptation of writer-director Patrick Jean’s buzzed-about short film, which depicted popular 1980s video game characters attacking New York City. The movie’s heroes are a group of video game experts who are recruited by the government to help deal with the threat.

Dinklage, who plays the heroic Tyrion Lannister on HBO’s “Game of Thrones,” is nearing a deal to play the film’s fourth and final male lead.

Sandler’s Happy Madison banner is producing the movie, which will be executive produced by Seth Gordon (“The King of Kong”).

Sandler’s frequent collaborator Tim Herlihy wrote the first draft of “Pixels” before Sandler’s “Just Go With It” scribe Tim Dowling rewrote the script. Sandler is now working with Herlihy again to polish the script before production starts this summer.

Dinklage will soon be seen as the villainous Bolivar Trask in Bryan Singer‘s “X-Men: Days of Future Past.” The actor, who is also attached to play a leprechaun in the Paramount comedy “O’ Lucky Day,” also has the indies “Low Down” and “The Angriest Man in Brooklyn” on the horizon.