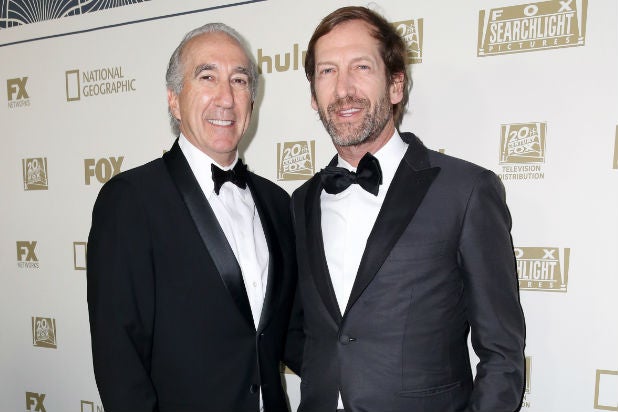 Rising tension between the MGM board and CEO Gary Barber was behind the executive’s sudden ouster this week, individuals with knowledge of the relationship told TheWrap.

The industry veteran was cut loose abruptly on Monday night after a new clash before the weekend led the board to conclude that Barber would hint to Wall Street that MGM was for sale, according to two knowledgeable individuals.

“He was about to pull that lever,” said one of the insiders. “Whenever Gary gets frustrated and feels out of sync, he is able to press a button and put the company into play. No one wants that distraction.”

The board of directors, led by Anchorage Capital CEO Kevin Ulrich – the company’s largest shareholder – unanimously decided to let Barber go, an unusual move given that no immediate deal was in play and no successor was prepared. The abrupt dismissal came just five months after Barber’s contract was renewed through 2022 and fueled speculation across Hollywood. Internally, employees said they were blindsided by the news, as was Barber himself.

Barber is a longtime producer and widely respected executive, and in the age of #MeToo, predictable gossip has spread.

But the executives with knowledge of the situation said that Barber’s conservative approach to growing MGM led to the high tension with the board, which had been pushing him to set a riskier strategy – including seeking new acquisitions and leveraging the May 2017 acquisition of Epix to bigger goals. 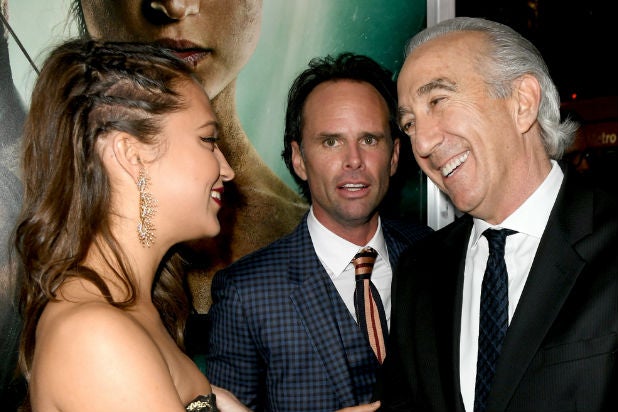 From left: Alicia Vikander, Walton Goggins and Gary Barber nine days ago at the Hollywood premiere of “Tomb Raider”

“Gary resisted TV and digital. He did a great job fiscally managing MGM, but he’s not the guy to take it to the next double value,” said another person with inside knowledge of the company. “He micromanaged everything, refused to have an heir apparent or big time president… he has wanted to sell the company whereas Kevin (Ulrich) thinks there is a double” value to be gained.

Barber did not respond to TheWrap’s request for response. A rep for Ulrich did not immediately respond.

Epix has underperformed since MGM acquired the digital asset last year and another executive said Barber lacked a general knowledge of the OTT and streaming video space.

Another flash point was the poor relationship between reality TV kingpin Mark Burnett, who has served as president of MGM TV since 2015 when Barber purchased a majority stake in Burnett and Roma Downey’s prolific company  — the producer of long-running hits like “Shark Tank,” “Survivor” and “The Apprentice.”

Burnett did not respond to a request for comment.

With a wave of consolidation sweeping the entertainment industry, ultimately Ulrich and other board members believed that Barber did not have the right temperament for MGM to continue as a standalone company and fend off acquisition battles.

“The DNA has to be as risk-leaning, creative, digitally savy as possible to ensure MGM can remain independent, ” said the first individual with knowledge of the board’s thinking.

Ulrich was particularly irked that Barber would use his contacts in the investment community when the board pushed him. “Every time things would come to a head, remarkably, magically, the company would end up for sale.”

Also Read: Mark Burnett: 'I Am Not 'Pro-Trump

“The decision to make a change was not driven by Mr. Ulrich.  It was a unanimous decision of the non-executive directors on the Board,” an MGM spokesperson told TheWrap.

MGM hit its third year of record profits in 2016. Last fall, MGM reported a major Q3 gain with $114 million in earnings, up from $12 million year-over-year.

Under Barber, MGM pulled off a stunning reversal of fortune. He took over the same year the studio filed for bankruptcy in 2010, fighting off challenges from its majority investor Carl Icahn and continuing the hot streak of its most valuable intellectual property — James Bond — with Daniel Craig and Sam Mendes.

The studio also churned out hits like Ryan Coogler’s “Creed” to the tune of over $280 million worldwide, a respectable reboot of the Western “The Magnificent Seven” led by Denzel Washington and co-released with Sony, and just relaunched Angelina Jolie’s namesake action franchise “Tomb Raider” with Alicia Vikander.