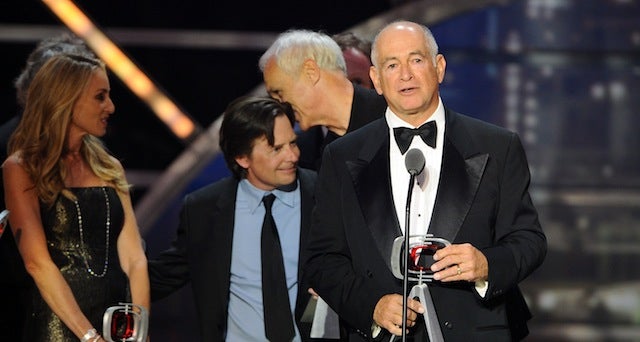 Gary David Goldberg, creator of the 1980s NBC sitcom "Family Ties," died Sunday following a battle with brain cancer, according to media reports. He was 68.

Born in Brooklyn, Goldberg began writing his career as a writer working for "The Bob Newhart Show," moving on to "The Tony Randall Show" and "Lou Grant," serving as writer and producer on both series. After founding his own production company Ubu Productions (named after his dog, and featuring the line "Sit, Ubu, sit" in the closing credits for its shows; see video below), Goldberg created "Family Ties," which propelled Michael J. Fox into stardom as Alex P. Keaton, the Reagan Era, conservative son of liberal parents. The series ran for seven seasons.

Goldberg would later go on to work with Fox on the sitcom "Spin City," which Goldberg co-created with Bill Lawrence.

"Everyone has a mentor (or two hopefully) that touches his/her life," Lawrence tweeted Sunday night. "Gary Goldberg passed away today. Wish I had thanked him more."

The website for Ubu Productions and Goldberg's website have not yet made mention of his death. Goldberg's agent and a representative for the publisher of his autobiography, "Sit, Ubu, Sit: How I Went from Brooklyn to Hollywood with the Same Woman, the Same Dog, and a Lot Less Hair," have not yet responded to TheWrap's request for comment.

In addition to his television work, Goldberg worked on films such as "Must Love Dogs" and "Bye Bye Love."