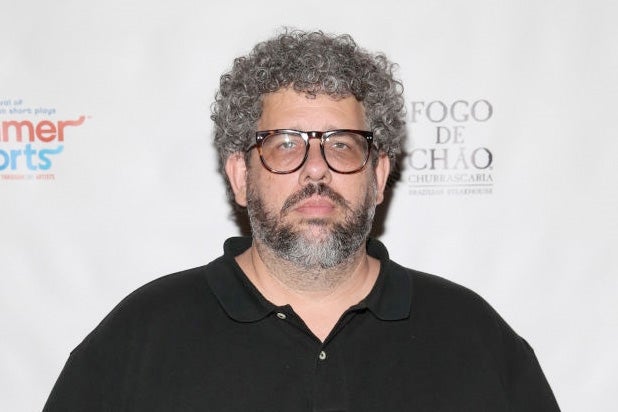 L.A.’s Geffen Playhouse announced Monday that it has canceled plans to produce playwright-filmmaker Neil LaBute’s play “Fat Pig,” which had been scheduled to begin performances this spring.

The Geffen instead announced plans to mount the world premiere of actress-turned-playwright Amanda Peet’s “Our Very Own Carlin McCullough,” with performances to begin this summer.

The move follows the decision by Off Broadway’s nonprofit MCC Theater to end its longtime relationship with LaBute and cancel an upcoming production of his new play “Reasons to Be Pretty Happy,” which had been scheduled to premiere this summer.

“MCC Theater is canceling the upcoming production of ‘Reasons to be Pretty Happy’ by Neil LaBute and is terminating his tenure as its playwright-in-residence, effective immediately,” the theater said in a statement issued Feb. 15. “The Theater will be announcing a new play to complete the current season in the coming weeks.”

Reps for both the Geffen Playhouse and MCC offered no further explanation for the abrupt cancellations, and LaBute’s manager did not return requests for comment.

Peet’s new play, which will be directed by Tyne Rafaeli with a cast to be announced later, follows a single mother who discovers her 10-year-old daughter is a tennis phenom and struggles with a young, dedicated coach over what is best for the girl.

Actress Peet is a veteran of screen (IFC’s “Brockmire”) and stage who has appeared in two LaBute plays, “Break of Noon” and “This Is How It Goes,” as well as the 2006 Broadway revival of “Barefoot in the Park.” Her play “The Commons of Pensacola” was produced by Manhattan Theatre Club in a 2013 production that starred Blythe Danner and Sarah Jessica Parker.