(Update #2 5/20 11 a.m. PST: Megan Fox’s publicist released the following statement to People.com: "Megan Fox will not be starring in "Transformers 3." It was her decision not to return. She wishes the franchise the best." While I don’t really buy Team Fox’s spin, there are two sides to every story.)

(Update 6:15 p.m. PST: AICN‘s "trustworthy sources" are hearing that half of the actresses in Hollywood are being considered as candidates to replace Megan Fox in "Transformers 3." They include "Star Trek" and "Avatar" star Zoe Saldana (seems too mature for Shia and really, another franchise?), "Heroes" star Hayden Panetierre (not a fan but could have good chemistry with Shia), "High School Musical" star Vanessa Hudgens (not a bad choice for the kiddies), Amber Heard (yes please!), Camilla Belle (bad actress), Emmanuelle Chriqui (worse actress) "Twilight" star Ashley Greene (who?), Julianne Hough (stick to "Dancing With the Stars," honey), "90210" star Jessica Lowndes and English model Rosie Huntington-Whiteley.) 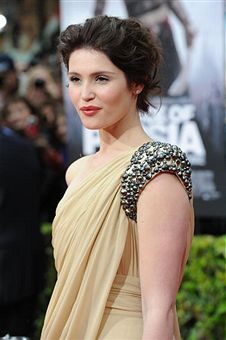 "Prince of Persia" star Gemma Arterton is the front-runner to replace Megan Fox in "Transformers 3," TheWrap has learned.
An individual close to the casting process says the actress has already had discussions with Bay about the coveted role. Other possible replacements for Fox include models Bar Rafaeli, Miranda Kerr and Brooklyn Decker.
Paramount has confirmed to TheWrap that the studio decided against picking up Fox’s option for the sequel, and an individual close to the production explained that as screenwriter Ehren Kruger was developing the screenplay with director Michael Bay, it made sense for star Shia LaBeouf to have a new love interest. Ouch!
Rafaeli and Kerr were both brought in to the project’s casting office to read for "Transformers 3," while Decker has the most substantial acting career of the three models.
Decker has appeared on "Chuck," "Ugly Betty" and USA’s "Royal Pains," and is currently filming the comedy "Just Go With It" with Adam Sandler and Jennifer Aniston. She was also on the cover of this year’s Sports Illustrated Swimsuit Issue, and is married to American tennis star Andy Roddick.
Rafaeli is an Israeli model who is currently dating Leonardo DiCaprio and stars in Haim Bouzaglo’s indie psychological thriller "Session," which is in post-production. 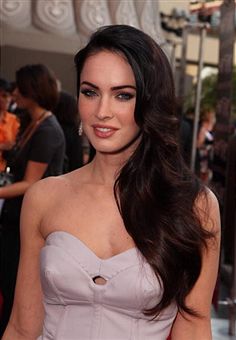 Kerr is an Australian model whose acting experience seems to be limited to an episode of the CBS sitcom "How I Met Your Mother" in which she played herself. She’s been one of the Victoria’s Secret Angels since mid-2007.

But Arterton remains the possibilty who makes the most sense, as she plays Jake Gyllenhaal’s love interest in "Prince of Persia" and is no stranger to Hollywood blockbusters, having also starred in "Clash of the Titans" and "Quantum of Solace." Arterton, who is the same age as both LaBeouf and Fox, is currently at Cannes with the Stephen Frears comedy "Tamara Drewe."
All of these beauties seem to be out of LaBeouf’s league, but I guess having a car that turns into a giant robot helps with the ladies.
Fox previously started a PR nightmare by comparing Bay to Hitler and continued to make waves by publicly dissing the director, even after he wrote a letter welcoming her return to the franchise. It couldn’t have helped that Fox’s "Jennifer’s Body" was eaten alive at the box office and her upcoming summer movie, "Jonah Hex," has horrible buzz.
Bay will begin casting immediately for the new female lead.
Deadline first broke the news of Fox’s departure.