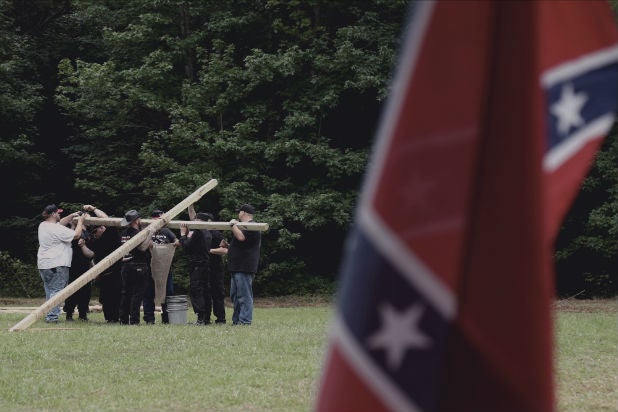 A&E announced that they will launch a new documentary series called “Generation KKK” that will explore the resurgence of the hate group in America.

Throughout eight one-hour episodes, the series follows four families: an “Imperial Wizard” who hopes to groom his teenage daughter to take his place; an Iraq war veteran and proud member of the KKK determined to raise his four-year-old son to embrace his views; a young man who sees his close friend and Klan leader as the father he never had, asked to pledge his loyalty to the KKK; and a fifth-generation Klan family struggling to keep up the legacy.

“This series gives viewers an unprecedented look at what it is like to be born into hate. Our producers gained access to Klan families allowing for full immersion into this secret world and its impact on the next generation,” said Rob Sharenow, executive vice president and general manager of A&E and Lifetime. “‘Generation KKK’ brings viewers inside the places where hatred and prejudice are born and bred, and carried forward or not.”

The series will also follow a network of anti-hate and peace activists working to break the cycle, by helping to convince members to leave the hate group.