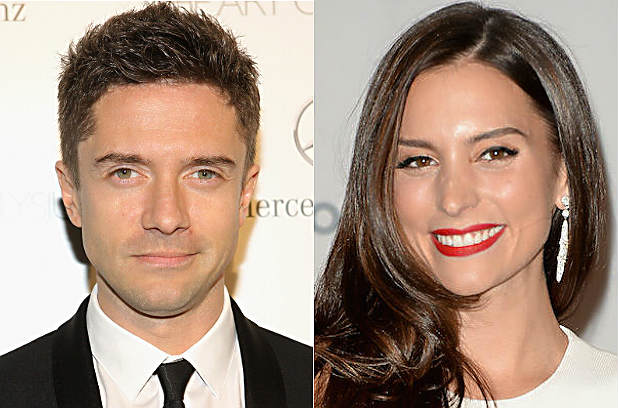 “Identity Thief” actress Genesis Rodriguez has signed on to join Topher Grace in Blumhouse Productions’ supernatural thriller “Home,” which will Universal will distribute under its first-look deal with Jason Blum‘s production company, TheWrap has learned.

Dennis Iliadis (the 2009 “Last House on the Left” remake) will direct from a script by Adam Alleca.

Grace will play a man who inherits a mansion from his deceased parents and starts to suspect it is haunted after a series of disturbing events.

Patricia Clarkson is currently in negotiations to co-star in the film, which boasts a quartet of A-list producers: Jason Blum will produce for Blumhouse alongside Graham King, Leonardo DiCaprio and his Appian Way partner Jennifer Killoran.

Rodriguez drew Hollywood’s attention with recurring roles on the popular soap opera “Days of Our Lives” and HBO’s “Entourage” before landing a supporting role in the star-studded crime film “Man on a Ledge.” She built up a steady stream of studio credits with films like Lionsgate’s “What to Expect When You’re Expecting” and “The Last Stand,” as well as the Spanish-language comedy “Casa de mi Padre,” in which she played Will Ferrell’s love interest.