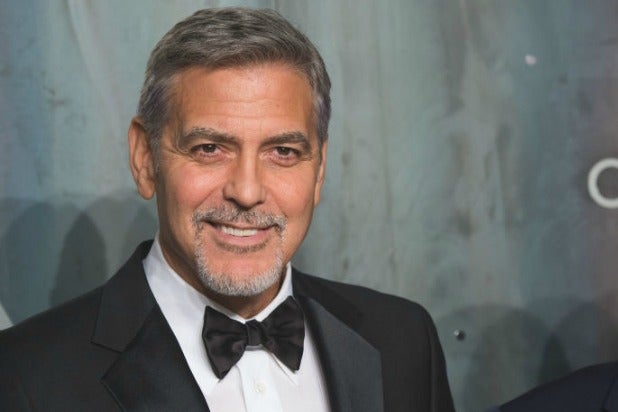 Rande Gerber, one of Clooney’s closest pals, revealed during a recent chat on MSNBC’s “Headliners” the star gifted his inner circle one million dollars each. And — wait for it — the actor paid their taxes for the year.

“There’s a group of guys we call ‘The Boys,'” Gerber said. “George had called me and ‘The Boys’ and said, ‘Hey, mark September 27th, 2013, on your calendar. Everyone’s going to come to my house for dinner.'”

Gerber said when the crew arrived at the dinner there were black designer luggage bags at each setting on the table.

“George begins to say, ‘Listen, I want you guys to know how much you’ve meant to me and how much you mean to me in my life,” Geber said. “I came to L.A., I slept on your couch. I’m so fortunate in my life to have all of you and I couldn’t be where I am today without all of you. So, it was really important to me that while we’re still all here together, that I give back. So I want you all to open your suitcases.'”

Gerber said that some of Clooney’s “boys” were working paycheck-to-paycheck at the time. The restaurateur said he initially tried to turn down the gift, but he said if he didn’t take it, then “nobody gets it.” So Gerber said he accepted it and donated it all to charity.

A spokesperson for Clooney has not yet responded to TheWrap’s request for comment.