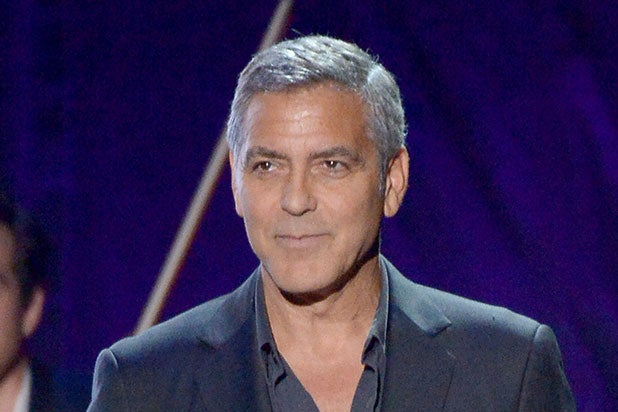 In Augusta, Kentucky, George Clooney and his wife, Amal, have a house they have maintained for many years. And now it has a new tenant: a Yazidi refugee whom Clooney has taken under his wing after he escaped ISIS attacks in Iraq.

In a cover story for The Hollywood Reporter, Clooney talked about how the unnamed refugee was a target of the Islamic State’s attempts to eliminate the Yazidis from the region.

“He was on this bus to Mosul, and ISIS shot the two bus drivers and said, ‘Anybody who wants to go to college, we will shoot them,'” said Clooney. “He survived and came to America. He got through all the checks, and once he got through those, it was like, ‘Listen, we got your back. You want to get an education? You want to move your life forward? This is something that we can do.'”

Clooney said the refugee he’s housing is now attending the University of Chicago. So, does he make the long commute from Kentucky or did he move to the Windy City? The actor’s reps didn’t immediately respond to TheWrap’s request for clarification.

The Clooneys have had a history of supporting refugees. Their nonprofit group, Clooney Foundation for Justice, which provides education, housing, and resettlement for refugees in various nations. Clooney also recently sold his beverage company, Casamigos Tequila, and plans to use some of the $200 million he’s received from the sale to fund his foundation and other nonprofits like the Southern Poverty Law Center.

Clooney’s next film, “Suburbicon,” which he directed and co-wrote with Grant Heslov and the Coen Brothers, premiered this past weekend at the Venice Film Festival and will be released Oct. 27.