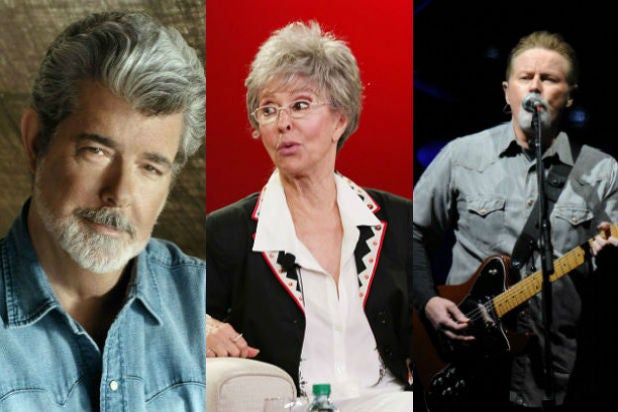 The Honors recipients, recognized for their lifetime contributions to American culture through the performing arts, are selected by the executive committee of the Center’s board of trustees.

On Sunday, December 6, in a star-studded celebration on the Kennedy Center Opera House stage, produced by Ricky Kirshner and Glenn Weiss of White Cherry Entertainment, the 2015 Honorees will be saluted by today’s leading performers from New York, Hollywood, and the arts capitals of the world.

Seated with the President and Mrs. Obama, the Honorees will accept the thanks of their peers through performances and tributes.

The Kennedy Center Honors medallions will be presented on Saturday, December 5, the night before the gala, at a State Department dinner hosted by Secretary of State John Kerry.

For the first time ever, the Kennedy Center will launch a contest on social media, #SendMeToHonors, beginning July 15, in which one winner will receive two tickets to attend the 2015 Honors Gala. Additional details will be announced soon.

The Honors Gala will be recorded for broadcast on the CBS Network for the 38th consecutive year as a two-hour primetime special on December 29 at 9 p.m. ET.