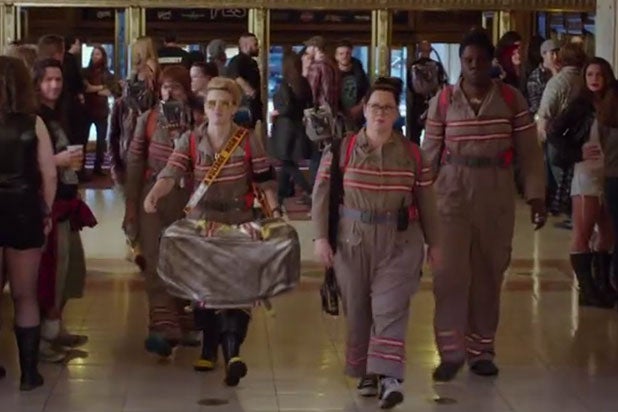 The second trailer for Paul Feig‘s “Ghosbusters” has been released, and we get a lot more ghosts, and a lot more Chris Hemsworth.

“It will haunt you every night, whatever it is, no one should have to encounter that kind of evil,” Michael McDonald tells the gang. “Except you girls, I think you can handle it.”

The crew, comprised of Melissa McCarthy, Kristen Wiig, Kate McKinnon and Leslie Jones, sets to defeat the ghosts that have infiltrated New York City. Ghosts like Slimer make an appearance in the trailer, while Hemsworth’s secretary character gets a lot more screen time than the previous trailer.

The reboot is produced by Ivan Reitman and Amy Pascal, and written by Katie Dippold and Feig.