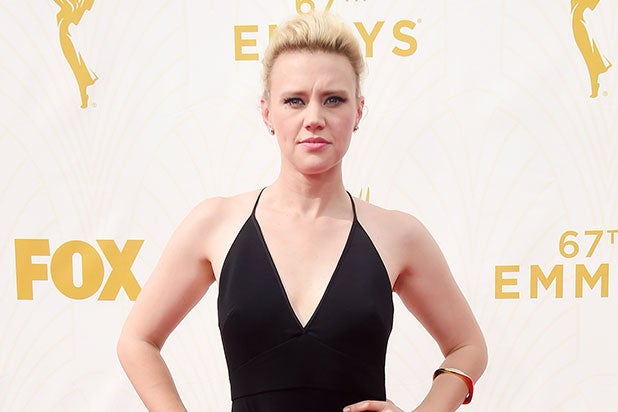 Nominated for Best Supporting Actress in a Comedy Series, McKinnon was cornered by E! host Giuliana Rancic for a spoiler from the anticipated reboot starring Kristen Wiig, Melissa McCarthy and Leslie Jones.

“The spoiler is that my performance was fueled by this vietnamese soup I got every morning, and these amazing croissants. Almost croissants from Patiserrie on Newberry Street in Boston,” McKinnon said outside Downtown LA’s Microsoft Theater.

Rancic changed subjects from bakery treats to man candy, asking whether Chris Hemsworth would be the only male of note to pop up in the film.

Feig’s “Ghostbusters” is due in theaters July 22, 2016. As for Emmy Sunday — check out TheWrap’s complete coverage here.