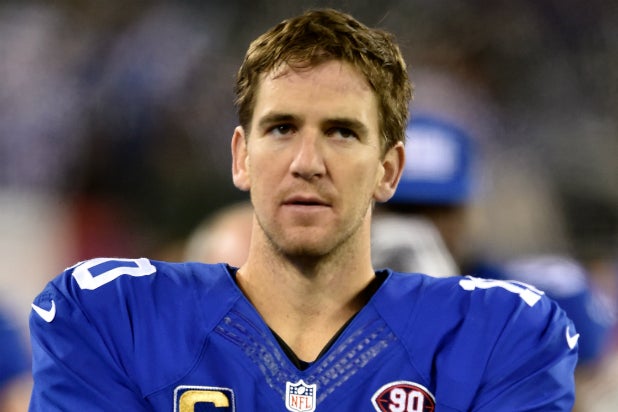 Don’t let the door hit you like a linebacker on your way out, Ben McAdoo and Jerry Reese. The New York Giants have fired both their head coach and general manager following the unceremonious benching of two-time Super Bowl MVP quarterback Eli Manning.

At a pathetic 2-10, the Giants still have four games left to navigate this season. Defensive coordinator Steve Spagnuolo will be the interim head coach for the remaining games, according to ESPN.

Kevin Abrams, the assistant GM, has been promoted to general manager.

McAdoo sat Manning for Sunday afternoon’s game against the Oakland Raiders in favor of backup Geno Smith. The call was an extremely unpopular decision in the New York area, and it effectively snapped Manning’s impressive 210-consecutive starts streak.

The Giants lost the game anyway, and Smith finished a very pedestrian 21 for 34 for 212 yards. He had one touchdown pass, but lost two fumbles.

Smith spent the previous four years as a quarterback on the New York Jets roster. After a pair of tough seasons to start his career, Smith was relegated to a backup role.

Entering this season, many fans and analysts had Super Bowl hopes and expectations for the Giants. Unfortunately, injuries at wide receiver and a struggling offensive line didn’t put many points on the board. On the other side of the ball, a question of effort created a rift between players and coaches.

The big question now is whether the 36-year-old Manning will stay with Big Blue at the end of this season, or if he’ll seek employment elsewhere.