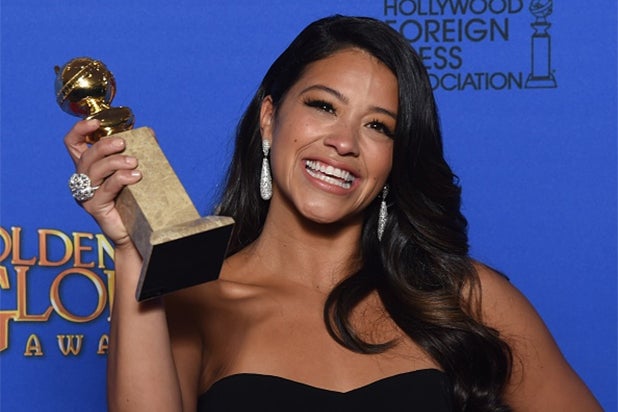 Golden Globe winner Gina Rodriguez (“Jane the Virgin”) is attached to star in Alloy Entertainment’s “Purple Hearts,” which will be directed by Ben Lewin (“The Sessions”), the company announced Thursday.

The project was commissioned internally by Alloy Entertainment Features and written by Kyle Jarrow.

“Purple Hearts” is a deeply affecting love story about an aspiring musician and a soldier who marry under false pretenses, but eventually find true love.

Elysa Dutton and Les Morgenstein of Alloy Features will produce alongside Amy Baer and her company Gidden Media.

“We’re extremely passionate about this story, and are confident we have the perfect team in place to bring it to life as a movie,” said Les Morgenstein, president of Alloy Entertainment.

Rodriguez, who will star opposite Mark Wahlberg in Peter Berg‘s “Deepwater Horizon,” is represented David Guillod at Intellectual Artists Management (a division of Primary Wave) and Carlos Carreras of APA.

Lewin’s “The Sessions” earned strong reviews out of Sundance and its leading lady Helen Hunt earned an Oscar nomination for her performance. He’s represented by Loeb & Loeb and CAA, the latter of which also reps Jarrow along with Rohner & Walerstein.