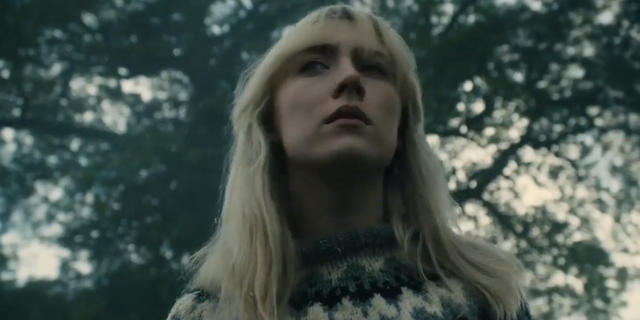 The first trailer for upcoming Saoirse Ronan film "How I Live Now" initially appears to be a summer of love in the English countryside … but turns much darker.

Daisy (Ronan) visits her English cousins and soon finds herself very much in love with the eldest, Edmund (George MacKay). That would be complicated enough, but the World War III breaks out and the kissing cousins are separated. Daisy has to fight her way back to her relative/boyfriend.

Also read: 'The Host' Review: Invasion of the Boring Snoozers

The film, which is based on a Meg Osoff book of the same name, is directed by Kevin MacDonald ("The Last King of Scotland") and is scheduled to be released in the U.K. on October 4. Its U.S. release date has yet to be determined.