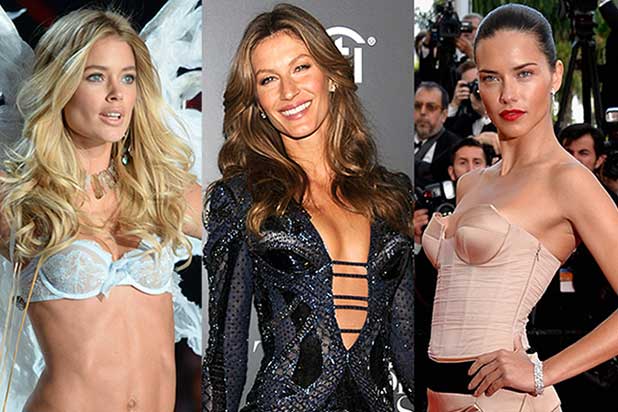 Gisele Bundchen is the world’s highest-paid model and the runners-up aren’t even close. She earned $47 million in the past 12 months, which is about as much as the next seven ladies made combined.

It’s the eighth year in a row the 34-year-old model has topped Forbes‘ annual list, thanks in part to profitable contracts with H&M, Chanel, Carolina Herrera, Pantene, Oral-B and of course Victoria’s Secret. She also gets a cut from sales from her popular line of Grendene jelly sandals.

Other well known names who made their way into the top ten include Kate Moss ($7 million), Australia’s Miranda Kerr ($7 million) and Kate Upton ($7 million), who is the highest paid newcomer.