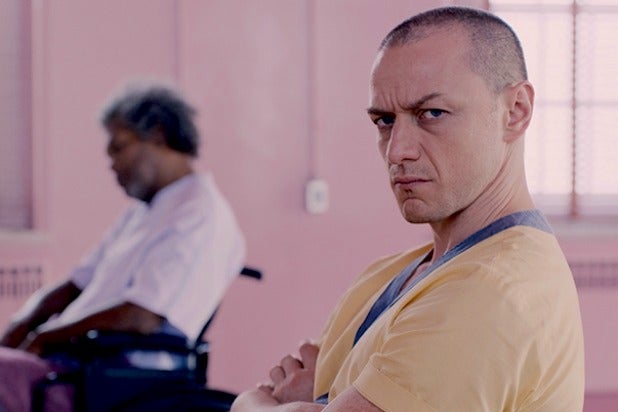 While “Green Book” and several other Oscar contenders try to squeeze some more ticket sales from their nominations, the new release front at the box office will be much slower. And for “Glass,” ‘Glass’ to Stay on Top of Box Office in Quiet Pre-Super Bowl Weekendthat’s good news.

The Universal release has already made back its $20 million production budget with a 4-day launch of $46.5 million domestic and $100 million worldwide (Disney is handling overseas distribution through Buena Vista International). Now the question is how much “Glass” can leg out, and this weekend’s results will reveal how the twists that soured critics impacted word of mouth.

By comparison, M. Night Shyamalan’s previous film, “Split,” fell only 36 percent from its $40 million opening and posted a 10-day total of $77.3 million. “Glass” has made $50 million after adding $3.8 million on Tuesday, so to match the domestic total of “Split” by the end of Sunday, it will need to keep its drop-off to around 50 percent, something it has a chance of doing with its B CinemaScore.

“Glass” also won’t have any serious competition until after Super Bowl Sunday, as this weekend’s new releases aren’t expected to challenge its No. 1 status. Fox will release the British family film “The Kid Who Would Be King,” which is projected for an opening of around $10 million. Aviron will release the Anne Hathaway/Matthew McConaughey thriller “Serenity,” which is projected for a $5 million launch.

After this weekend, the box office will see an expected drop in traffic during Super Bowl weekend before Warner Bros. picks business back up with the release of “The Lego Movie 2” on February 8. Without a juggernaut blockbuster like “Black Panther” on the cards this year, the Q1 year-to-year comparisons will see a steep drop. Already the January box office is down 12 percent to date compared to January 2018, and the total of $655 million grossed so far is the lowest since 2013.