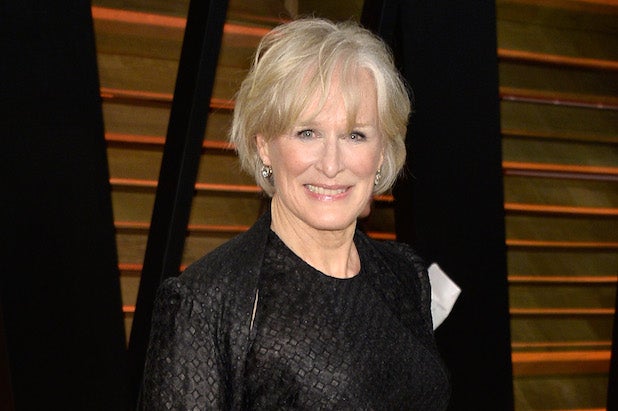 Six-time Oscar nominee Glenn Close has committed to play the title role in an adaptation of Meg Wolitzer’s bestselling novel “The Wife,” it was announced Thursday by Anonymous Content.

Swedish filmmaker Bjorn Runge will direct from a script by Jane Anderson. Rosalie Swedlin will produce for Anonymous Content along with Meta Louise Foldager of Meta Film Stockholm and Swedish producers Maria Dahlin and Gila Ulfung.

“The Wife” is a drama about the unraveling of a marriage during a couple’s journey to the Nobel Award ceremony in Stockholm.  The film will shoot primarily in Stockholm in both English and Swedish languages. Production is planned for winter/spring 2015, and the filmmakers are currently casting the male lead.

Also read: And the Oscar for Best Song Goes to … Glenn Close and Skype?! (Exclusive)

“The first time I read ‘The Wife’ I was instantly inspired by the story of love, creativity and a secret larger than life in itself that the main characters, Joan and Joe, are carrying. After meeting the amazing Glenn Close, I was convinced that directing this film would be a creatively wonderful and challenging experience,” said Runge.

Close earned Academy Award nominations for her roles in “Dangerous Liaisons,” “Fatal Attraction,” “The Natural,” “The Big Chill,” “The World According to Garp” and “Albert Nobbs,” the latter of which she also co-wrote and produced.

Close, who recently starred on the legal thriller “Damages,” will soon be seen in Marvel’s “Guardians of the Galaxy” and a trio of indie movies, including “Low Down,” “5 to 7” and “Anesthesia.” She begins shooting “The Great Gilly Hopkins” later this month.

Also read: Glenn Close on ‘Albert Nobbs': ‘I Was Blindsided by the Story’

Foldager has produced several of Lars von Trier‘s films including “Antichrist” and “Melancholia,” as well as Nikolaj Arcel’s “A Royal Affair.” Swedlin is a literary manager and producer at Anonymous Content who won a PGA award for executive producing the HBO movie “Live From Baghdad.” She recently produced Lynn Shelton’s “Laggies,” which A24 will release this fall.

Ulfung is a former film consultant at the Swedish Film Institute who has granted financial support to both national films and international co-productions, while Dahlin was executive produced “Call Girl” and the box office hit “The 100 Year Old Who Climbed Out the Window and Disappeared.”