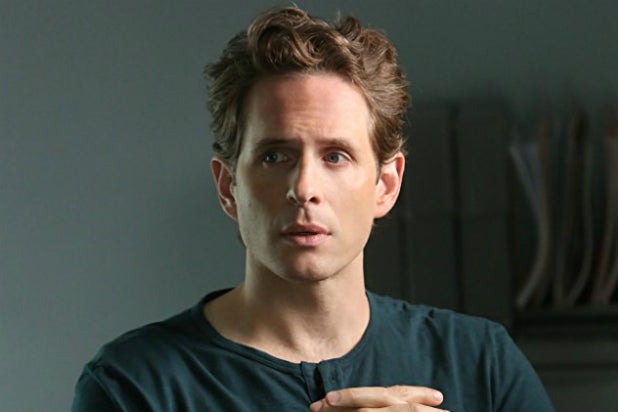 Glenn Howerton’s got another update on Dennis Reynolds’ status for the next season of FXX’s “It’s Always Sunny in Philadelphia.”

On Saturday, the star of NBC’s upcoming sitcom “A.P. Bio” reiterated via Twitter that it is “possible” his character will be back on “Always Sunny.”

That means maybe yes and maybe no, guys.

Also Read: Glenn Howerton Has 'Not Officially Left' 'It's Always Sunny in Philadelphia'

As TheWrap also reported previously, his new broadcast acting gig alongside Patton Oswalt has no bearing on that “Sunny” decision, which is simply a creative one at the half-hour cable comedy Howerton is mainly known for. After all, Howerton is going to be writing “Always Sunny” with Rob McElhenney and Charlie Day anyway — what we don’t know yet is if Reynolds will appear on screen.

Get it now? Read Howerton’s full Twitter thread below.

THREAD: 1) I don’t know why people are putting out articles saying that I confirmed that Dennis is coming back. I never said that. What I said is that it is POSSIBLE that he’ll come back.

2) What I also said is that whether Dennis comes back or not has nothing to do with AP Bio. They are 2 separate projects. It is a creative decision that Rob, Charlie and I have to make once the writing process starts, which it hasn’t yet.

4) I don’t know why the narrative continues to be centered around whether “I’m” coming back. I’m here. It’s whether or not “Dennis” is coming back. Dennis could be gone forever.

5) Please don’t think that AP Bio is taking me away from Sunny. It isn’t. That’s like saying that Jumanji is taking The Rock away from Fast and Furious. They are different projects. Thanks guys. I can’t wait for you all to see AP Bio. END THREAD

From “The Mary Tyler Moore Show” to “The Golden Girls,” this legendary comedian is still in her prime

Betty White is so beloved at this point that younger audiences who have never seen an episode of "The Golden Girls" or "The Mary Tyler Moore Show" still adore her sweet charms and warm smile before surprising with a dirty joke or a clever jab. At 99, she's still an American treasure doing some great work. Here's a look at some of her best moments, including a memorable '80s career retrospective on "This Is Your Life."
View In Gallery