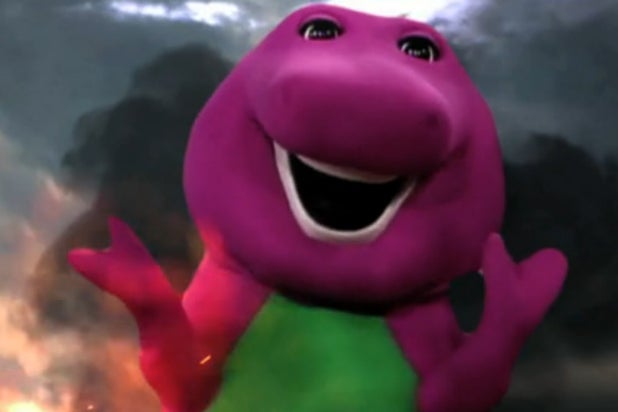 What’s scarier than a giant fire-breathing lizard destroying cities full of civilization? An enormous purple dinosaur who wants to hug everyone and preaches sharing.

The result, the disturbing “Barneyzilla.”

In the clip, the world braces to battle the singing, dancing creature who spews fire along with his trademark educational messages. And this time, the “Barney & Friends” godfather is pissed.

Presumably, Baby Bop, B.J., and Riff will be saved for the sequel.