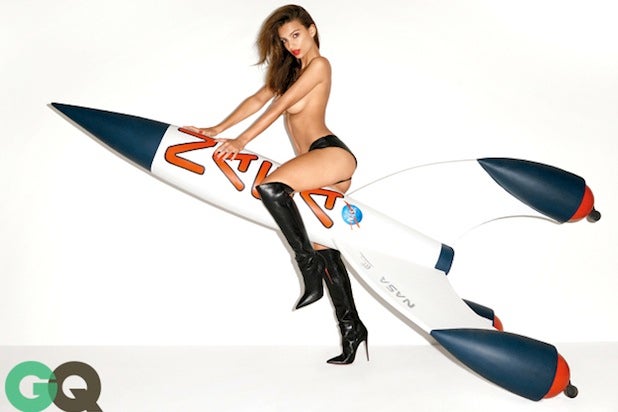 To anyone who was shocked by the amount of skin displayed in Robin Thicke’s “Blurred Lines” music video, don’t worry, video vixen Emily Ratajkowski was, too.

“When I first saw the video, I was like, ‘Oh, Jesus Christ, I’m so naked.’ Not just naked, but so revealed,” she said in the November issue of GQ. “It was my personality. There was no glamour involved. I was just silly and playful and kind of ridiculous — a big dork. And I only let my best friends see that. Or if I’ve had a couple of cocktails.”

“Blurred Lines” was widely considered the song of the summer, but Ratajkowski is proving herself to be more than just a seasonal presence in entertainment as she continues rocketing to fame.

In the meantime, she’s continuing to flaunt her famous figure for photographer Terry Richardson in GQ. See the rest of her most-recent modeling portfolio additions here.