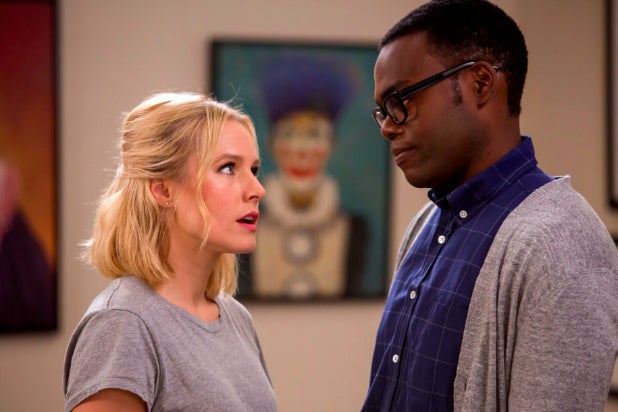 NBC has renewed “The Good Place” for a 13-episode second season, the network announced Monday.

The series, created by Mike Schur, stars Ted Danson, Kristen Bell, William Jackson Harper, Jameela Jamil, Manny Jacinto and D’Arcy Carden. Bell plays a woman who dies and goes to the afterlife, only to learn that a mistake has been made and she has been sent to “The Good Place” instead of “The Bad Place.” Or so she thinks…

“Mike Schur has always had one of the most fertile and imaginative minds in comedy, but what he brought us with the first season of ‘The Good Place’ was just extraordinary,” said Jennifer Salke, president of NBC Entertainment. “We absolutely can’t wait to see where these characters go, literally, in season two. A big thank you to Mike, the writers and cast for delivering a series in which we all take such enormous pride.”

Also Read: NBC Renews 'This Is Us' for 2 Additional Seasons

Season 1 concluded on Jan. 19. The season as a whole averaged 4.7 million viewers per episode and a 1.4 rating in the key adults 18-49 demographic in live-plus-same day ratings.

The show has seen significant lift in live-plus-seven. It has averaged a 1.9 rating in the key demo and 6.1 million viewers overall.