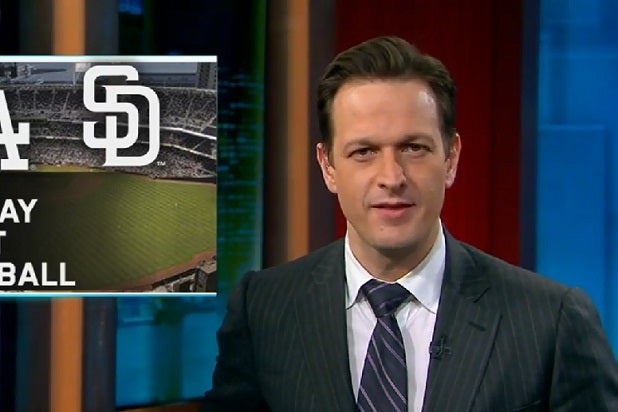 Days after saying goodbye to one character, “The Good Wife” star Josh Charles is saying hello again to another one.

Charles, whose “Good Wife” character Will Gardner was killed off Sunday, sending shock waves through the show’s fan base, has surfaced on the small screen once again, this time slipping back into the character of anchor Dan Rydell, which he played on the Aaron Sorkin series “Sports Night.”

Also read: ‘The Good Wife': 5 Things We Can (Almost) Tell You About the First Post-Will Episode

The actor channeled Rydell once again on Keith Olbermann’s ESPN2 show, running down the sports highlights.

Watch Charles slip into his old ways below: