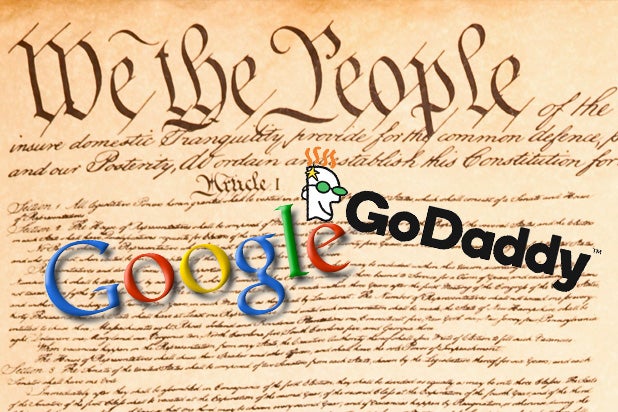 Google and GoDaddy did not violate the Daily Stormer’s constitutional right of free speech by kicking the white supremacist website off their internet hosting services, experts say.

Because “neither GoDaddy or Google have any First Amendment obligations to any customer,” the Daily Stormer would not win a First Amendment  lawsuit against those private companies, Santa Clara law professor and internet expert Eric Goldman told TheWrap.

The Daily Stormer has been scrambling to find a new internet hosting service after GoDaddy tweeted Sunday evening that it would cancel its domain name hosting service for the site. Google quickly announced on Monday it would follow suit.

The government can’t ban hate speech because it is protected by the First Amendment in the United States, professor Abrams said. But he is troubled about the power of private companies to censor speech online even if it is legally permissible.

Also Read: Why Neo-Nazi Website Daily Stormer Is on Brink of Elimination

“There are serious policy issues about how Google, Facebook and the like should decide who and what to carry and what not,” Abrams said. “Given the power of such entities, it’s important that they lean heavily in direction of carrying more rather than less. But I don’t object to them having some standards as to what to choose to carry.”

Professor Goldman said GoDaddy and Google’s actions will have no real impact on the Daily Stormer because the website can easily find another domain-name hosting service in the United States or overseas.

“This is all for show,” Goldman said. “The Daily Stormer will stay up online regardless of how many domain hosts kick them off.” Goldman emphasized that domain-name hosting services simply direct traffic to the correct domain name, and do not host website content.

The Twitter campaign against Daily Stormer began at 6:37 p.m. on Sunday when Siskind, a women’s advocate and president of The New Agenda, tweeted her complaint to GoDaddy about the Daily Stormer.

She cited her objections to the site’s post about Heather Heyer, the 32-year-old paralegal killed Saturday when she was run over by a protester in Charlottesville, Virginia, when she was demonstrating against a gathering of white supremacists there.

“You host The Daily Stormer,” Suskind tweeted to GoDaddy. “They posted this on their site. Please retweet if you think this hate should be taken down & banned.”

At 8:24 p.m., GoDaddy tweeted back to Suskin, “We informed The Daily Stormer that they have 24 hours to move the domain to another provider, as they have violated our terms of service.”

After Daily Stormer moved to Google’s hosting service, activists complains to Google, and it announced on Monday it was booting the website.

“We are canceling Daily Stormer’s registration with Google Domains for violating our terms of service,” a Google spokesperson told TheWrap on Monday.

A Google spokesperson pointed to Google’s “Representations and Warranties” section of its terms of service — which prohibits sites from “deceptive practices” and “items of a destructive or deceptive nature” — as the reason it removed Daily Stormer from Google’s site hosting service.

The Daily Stormer did not respond to a request for comment.