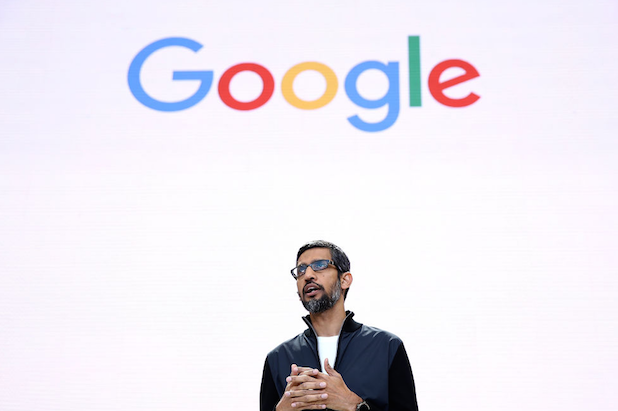 The lawsuit was filed in San Francisco against Google on Thursday on behalf of all female Google workers who were employed by the company in the last four years.

The complaint alleges that Google has “segregated” qualified women into lower-paying jobs and that Google has violated California’s Equal Pay law and other state anti-discrimination laws.

One of the ways the company is discriminating against women is by “promoting fewer women and promoting women more slowly than it has promoted similarly-qualified men,” the lawsuit claims.

Google disputed the central claims of lawsuit on Thursday, saying it had “extensive systems in place to ensure that we pay fairly,” according to the Guardian.

Plaintiff Kelly Ellis, a former Google employee and plaintiff in the lawsuit, said in a statement that she decided to “come forward to correct a pervasive problem of gender bias at Google.”

“It is time to stop ignoring these issues in tech,” she said.

The complaint notes that the U.S. Department of Labor conducted a compliance review in 2015 of Google’s Mountain View headquarters, where 21,000 employees work. The government concluded that Google had “systematic compensation disparities against women pretty much across the entire workforce,” the complaint says.

Ellis told the Guardian that women have “been talking about these issues for a long time, and it hasn’t really changed. There’s been a lot of PR and lip service, but … this is going to be one of the only ways to get these companies to change how they hire and compensate women.”

Google recently fired a male engineer after he circulated his memo within the company criticizing Google’s efforts to end discrimination against women engineers.  The engineer suggesting that white men have become victims of “discrimination” in tech. Eighty percent of Google’s tech jobs are held by men, the Guardian said.

James Finberg, one of the civil rights attorneys who filed the suit, told the Guardian that more than 90 women who previously worked or currently work at Google have contacted him about the class action.