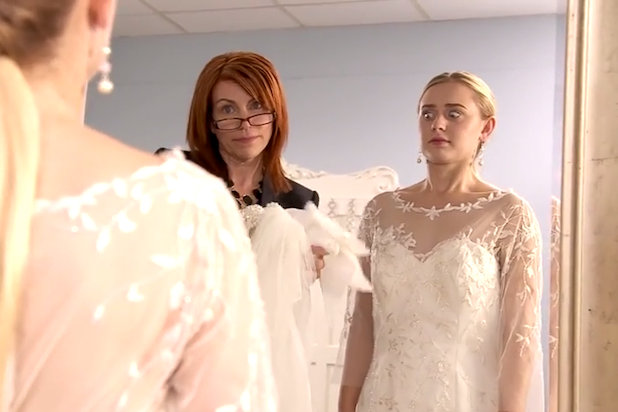 Democrats are “expensive and a little outdated” while Republicans “have new ideas that won’t break your budget,” according to a new digital ad parodying TLC’s “Say Yes to the Dress” created by The College Republican National Committee.

In a bid to sway young voters in Florida’s tight gubernatorial race, the ad portrays incumbent governor Rick Smith as a dress designer who’s fresh and full of new ideas on a budget, while democratic opponent Charlie Crist is a frumpy dress that’s “outdated” and “comes with additional costs.”

After trying on both dresses, one friend declares in disgust, “We can not let her walk out of the voting booth like that.” Meanwhile, the future bride’s disheveled mother bounces on her chair and claps her hands clumsily for the Crist dress.

In the end, the bride-to-be demands her independence. “Mom, this is my decision and I see a better future with Rick Scott.”

“It might appear to be silly on the surface, but there’s absolutely a deeper meaning that will resonate with young voters,” CRNC national chairman Alex Smith told The Wall Street Journal of the ad, which cost about a million dollars to produce. “It’s representative of how Democrats treat young voters — they take them for granted.”

Watch the campaign video above.