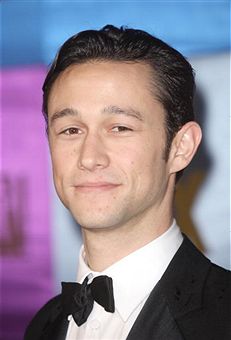 Joseph Gordon-Levitt as an action star? Consider me intrigued!

The "500 Days of Summer" star is in final negotiations to take the lead of Columbia’s "Premium Rush." David Koepp will direct the chase thriller from a script he co-wrote with John Kamps, according to the Hollywood Reporter.

Additionally, Gordon-Levitt is in talks to star in "Looper," a sci-fi thriller that would reunite the actor with his "Brick" director Rian Johnson.

In "Premium Rush," Gordon-Levitt would play "a New York bike messenger who picks up an envelope at Columbia University, only to be chased throughout the city by a dirty cop desperate to get his hands on it."

Koepp is an A-List screenwriter ("Mission: Impossible," "War of the Worlds") whose work behind the camera has been decidedly mixed. I definitely "dug" his debut "Stir of Echoes" but "Secret Window" was a major bore and "Ghost Town" felt flat. Koepp hasn’t really handled major action sequences before but I certainly have faith in him, and Gordon-Levitt’s casting is a major coup for the project, which could have just as easily landed Taylor Lautner, which would’ve put a very different sheen on the picture.

Gavin Polone will produce "Premium Rush," which Matt Tolmach and Elizabeth Cantillon will oversee for the studio. The project is eyeing a late-summer start.

As for "Looper," THR describes the project as "set during a future in which time travel has been invented, with operatives sent back to the present to assassinate criminals. Gordon-Levitt will play a man sent back to kill himself."

However, Johnson himself took to Twitter (@rcjohnso) to basically say that THR had the logline backwards. The story actually follows hit men who are sent their victims from crime organizations in the future.

So if Gordon-Levitt The Target is sent back to the "present" from the future to Gordon-Levitt The Hitman, does that mean his future self has the same killing skills as the hitman (i.e. himself) coming after him? Very confusing … but I expected nothing less from Johnson, a modern master of overly complicated and thoroughly mediocre storytelling whose films I have very public and mostly negative opinions about.

In my rarely-humble opinion, "Brick" and "The Brothers Bloom" don’t completely work as movies. They are interesting kernels of ideas for movies, but they’re hardly fully formed, with messy narratives that are intended to give some storytelling weight to the unnecessarily complex proceedings. Personally, I feel that Johnson’s style gets in the way of the substance of his films, neither of which have grossed more than $5.5 million worldwide.

I have no idea how a relatively sure-bet like "Anchorman 2" can’t find financing but someone is willing to pay for an indie "auteur" to direct a futuristic sci-fi film (remember "Repo Men"?) with (no offense to Gordon-Levitt, who is one of the best young actors of his generation) no bankable star in the lead role. Nonetheless, Ram Bergman is producing "Looper" with Endgame, which is also financing the project.

While Michael Weber and Scott Neustadter’s original screenplay for Marc Webb’s "500 Days of Summer" was the primary beneficiary of the film’s critical kudos, Gordon-Levitt gave a fantastic performance in the film, baring himself completely to illustrate the highs and lows of a one-sided relationship. While THR credits his breakout performance in "Brick" for his ascent from a TV teen on NBC’s "3rd Rock From the Sun," I’d argue that his devasting turn in Gregg Araki’s "Mysterious Skin" was more responsible for the enviable position his career finds itself in.

Gordon-Levitt, or JoGoLev, as I like to call him (JGL for short), earned some action movie cred by starring in the guilty pleasure "G.I. Joe: The Rise of Cobra," in which he played Cobra Commander. He next stars in Christopher Nolan’s "Inception," the Sundance indie drama "Hesher" and an untitled cancer dramedy co-starring Seth Rogen, Anna Kendrick and Bryce Dallas Howard. Gordon-Levitt is also behind the creativity-encouraging website/production company hitRECord.org.