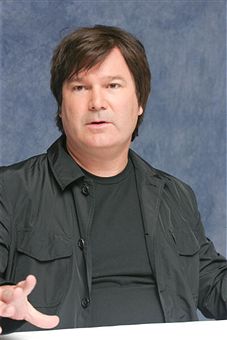 Gore Verbinski, the real captain of Disney's "Pirates of the Caribbean" trilogy, has signed on to direct 20th Century Fox's remake of "The Secret Life of Walter Mitty," the studio announced on Twitter earlier today.

Steve Conrad, who wrote Verbinski's underrated Nicolas Cage dramedy "The Weather Man," is working on the screenplay, which follows a timid man who daydreams of exciting adventures and falls for the daughter of a bank robber.

James Thurber wrote the original short story, which was first adapted for the big screen in 1947 with Danny Kaye in the title role.

Samuel Goldwyn Jr. and John Goldwyn will produce the picture, while John Bard Manulis and Richard Vane will exec produce.

"Walter Mitty" could begin production as soon as next spring, when Verbinski's first animated feature, "Rango," is released by Paramount.

Verbinski is represented by CAA.