When “Gossip Girl” premiered on The CW in 2007, it was the height of the paparazzi-driven domination of Us Weekly, Perez Hilton, and TMZ. The concept of the show played on the era’s horrors and its enticing glitz. What if a high school, it asked, was glamorous enough to have its own Us Weekly? The result was a new take on age-old high school tropes. Anonymous blogger Gossip Girl upended the traditional populars-versus-outcasts narrative by constantly afflicting the comfortable.

Now, 14 years later, “Gossip Girl” is back, on Instagram, and ready to teach some new lessons to the influencers of the posh Upper East Side private school Constance St. Jude — the merged girls’ and boys’ schools from the original. The resulting reboot expertly captures the inviting gloss and wit of the original while documenting a new world order: Now, the coolest clubs are in Brooklyn.

The elite of the elites know better than to blatantly bully other kids. “We don’t do hierarchies,” one says, taking aim at decades of teen narratives before her. And everyone’s actually rooting for their queen bee, Julien, though she lives in a nightmarish house of mirrors full of Insta photo shoots, follower counts and sponsorships she must maintain. “You have to be strategic about the way you present things to the world,” she says, voicing her guiding philosophy and the show’s central conflict. 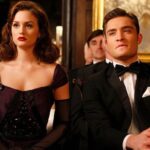 The new “Gossip Girl” offers updated takes on the same pleasures that made the original a sensation: a gorgeous, charismatic cast that pulls off a daring trick, making you love characters who often do bad things. And this time, they’re far more diverse in ethnicity and sexuality. At the center of the story is Julien (Jordan Alexander), a biracial fashion influencer with a shaved head who finds her anti-bullying stance tested when her follower count starts dropping. Her boyfriend, Obie (Eli Brown), is a classic white male heir who’d be right at home in the original “Gossip Girl,” except that he’s become a social-justice warrior to assuage his guilt over his family’s wealth.

And Julien’s bookish, younger half-sister Zoya (Whitney Peak) recently transferred from Buffalo thanks to an arts scholarship and accidentally upends Julien’s benevolent reign at Constance. Julien is constantly flanked by a pair of friends who serve as her stylist and publicist: Luna (Zion Moreno) and Monet (Lee Smith), the pseudo-villains of the story, who do her most devious thinking for her and drive her to commit her worst deeds. For this, they are rewarded with some of the show’s best one-liners: “You need a new Brad or it’s Havisham for you.” “Vulnerability is the disease of the masses.”

At least as intriguing is a love triangle involving golden couple Audrey (Emily Alyn Lind) and Aki (Evan Mock), who are struggling with their mutual attraction to the omnivorously sexual Max (Thomas Doherty). In fact, Doherty — last seen similarly smoldering as a rock star who seduces Zoe Kravitz on Hulu’s “High Fidelity” reboot series — threatens to steal the entire show with a star-making performance. Out-Chuck Bassing Chuck Bass of the original, he’s riveting during his action-packed sequences: Within the first four episodes, he sets his sights on seducing the school’s power couple as well as a teacher, snorts a fair amount of coke and struggles as his gay dads split up over one’s straying on a dating app and the other’s increasingly femme tendencies. Any of these plot threads could come off as salacious, but instead Doherty manages to find pockets of surprising pathos. He also gets zingers on par with Luna and Monet’s. At one point, he snipes that sisters Julien and Zoya fighting over a guy is “as declassé as an Andy Cohen show.”

Speaking of which, the only thing here more outdated than an Andy Cohen show is the original “Gossip Girl” itself—so, as with any reboot, the reboot must execute some complicated moves to encompass its old premise. This makes for some of the most brilliant and some of the most awkward turns. The twist at its center leverages recent reports on out-of-control private school culture, positing that these students have become such entitled terrors that they’re uncontrollable to the adults around them. They may know better than to outright bully each other in the halls, but teachers are fair game: “It took me an hour to pick out an outfit I thought they wouldn’t make fun of,” says faculty member Kate Keller on the first day of school. (Kate is, incidentally, played by Tavi Gevinson in a wonderful meta-joke on Gevinson’s history as the It Teen of the blog generation, the fashionable founder of the online magazine Rookie.)

The pilot episode also smartly reveals that — without giving it all away here — the new iteration of Gossip Girl is someone we know from the outset, and the Instagram account is meant as a check on the kids’ entitlement. This is ingenious, sidestepping the who-is-it mystery at the heart of the original and instead hanging suspense on what will happen if GG’s identity is revealed. But knowing who’s behind GG makes for some questionably motivated (and occasionally downright icky) moments throughout.

Even so, it’s not hard to shrug past this impediment and enjoy a GG still brilliantly voiced by Kristen Bell. And the new version — created by Joshua Safran, who wrote and executive produced on the original — perfectly revives GG’s writing voice, which Kate describes as “like if E.M. Forster got roofied by Dorothy Parker and Jacqueline Susann.” Whether or not “Gossip Girl” ultimately stands among those great classics, this glittery, engaging and occasionally heartfelt new version proves it has staying power a decade-plus on. 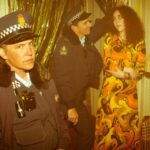