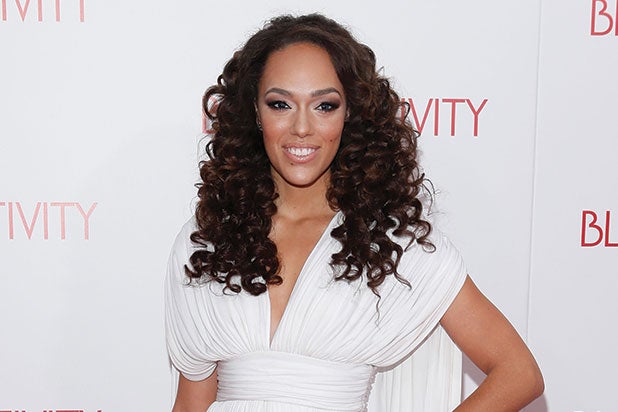 Grace Gibson has been cast as Faith Evans, Biggie Smalls’ wife, in the Tupac Shakur biopic “All Eyez on Me,” TheWrap has learned.

Jamal Woolard will reprise his role from 2009’s “Notorious” as Smalls, a friend-turned-rival of fellow rapper Shakur.

It has been widely reported that a photo of Shakur with Evans contributed to the falling out between the two rappers and convinced Smalls that his wife was cheating on him with Shakur.

Demetrius Shipp Jr. is set to play, while Danai Gurira will play his mother, Afeni Shakur. Kat Graham will star as Jada Pinkett Smith in the film.

The Morgan Creek Productions project will tell the life story of rapper Shakur. The title of the movie comes from his 1996 record by the same name. The West Coast rapper was shot multiple times on Sept. 7, 1996 in a drive-by shooting in Las Vegas, and died six days later.

The movie is already filming in Atlanta, and is produced by James G. Robinson and David Robinson of Morgan Creek, as well as LT Hutton.

She is represented by Pantheon Talent.