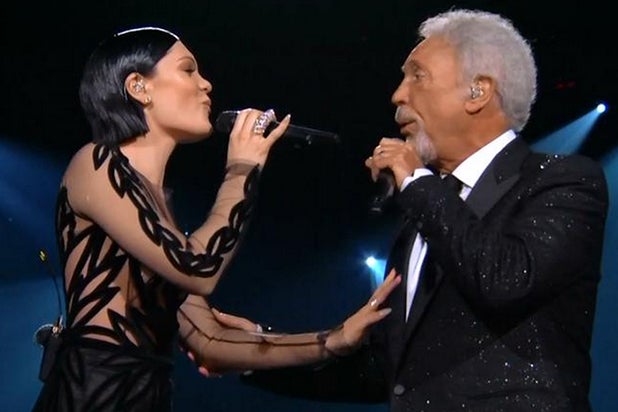 The Feb. 8, 2015 edition received a 16.7 rating/26 share per the very early metric, versus the prior year’s 17.7/28. That makes the show down about six percent at the moment. Final numbers are expected later on Monday.

Sunday night’s show was hosted by LL Cool J once again. Sam Smith stole the celebration with four Grammys, while Beck scored Album of The Year. It was also a big night for Pharrell Williams, with Beyonce having her triumphs as well.

The broadcast, which ran even longer than its allotted three-and-a-half hours, packed in 23 performances among the trophy presentations. AC/DC kicked the night off, while John Legend and Common closed the show performing “Glory” from the film “Selma.”

Catch up with the full list of winners here.