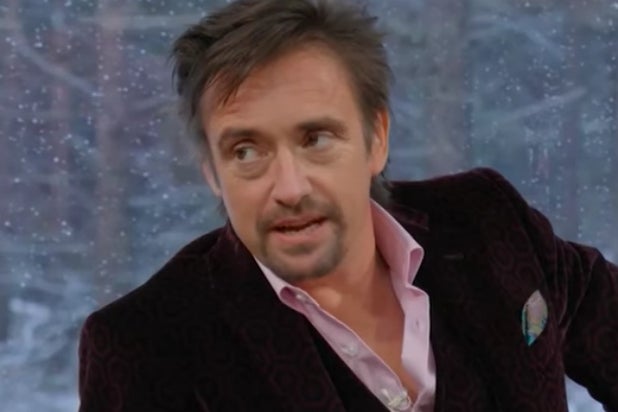 Richard Hammond on 'The Grand Tour'

Richard Hammond, co-host of Amazon’s “The Grand Tour,” was robbed along with more than a dozen guests at his vacation villa on the French Riviera, the star’s wife told reporters.

According to the Sydney Morning Herald, Hammond and his family had invited guests for an overnight party at his villa in Saint Tropez. Hammond’s wife, Mindy, says that their daughter woke one morning and noted that her watch was missing.

“It wasn’t until myself and the other mums were taking the kids to the beach that Richard called and said, ‘Have you looked in your purses?’ We all looked in our purses and wallets and all the cash had gone. Nothing else had been stolen,” Hammond said.

“I’m pretty convinced we must have been gassed or something, because they were in all of the bedrooms – they went where they wanted, into each room, opening and closing the drawers, searching through handbags, etc,” Mindy Hammond told the UK’s Sunday Express.

Such burglaries have been previously reported in the affluent French region, particularly one done on the vacation home of F1 racer Jenson Button in 2015. However, local police have said it’s unlikely that such gas was actually used.

Suspects were arrested 48 hours later after they attempted to burglarize another nearby villa.

“You have got to have some kind of confidence to do that and to be quite satisfied that people aren’t going to wake up,” Hammond said.

Season 3 of “The Grand Tour” is currently in production.