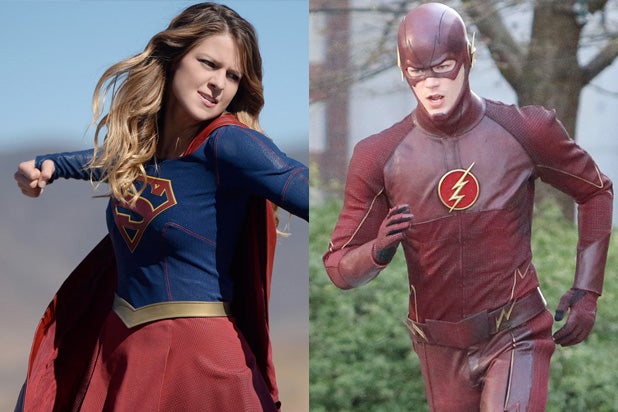 The crossover between “The Flash” and “Supergirl” is filming, and the speedster himself shared a first look.

Grant Gustin, who plays Barren Allen on the CW superhero drama, posted a photo of himself with Melissa Benoist, aka Kara Zor-el, from the set. Both are costumed and Grant captioned the photo: “Those two emblems look pretty good together…”

The seed that Barry and Kara would cross paths was introduced in Tuesday’s episode of “The Flash,” when Barry briefly glimpsed Kara flying during a moment of breach in the multiverse.

Gustin will play Barry on the Mar. 28 episode of “Supergirl,” titled “Worlds Finest.”

See the first photo from set below.