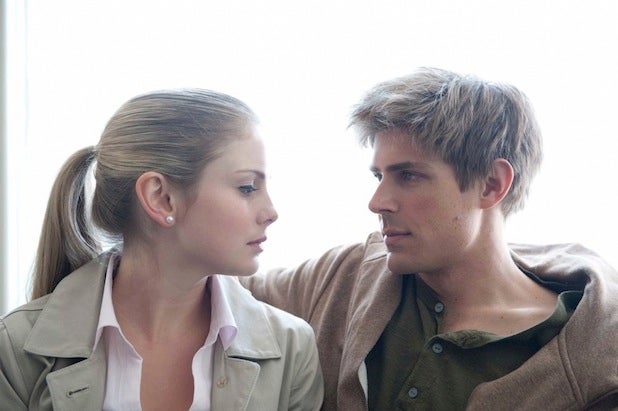 “Brightest Star” will open in theaters and on VOD nationwide in late January 2014 following its recent world premiere at the Austin Film Festival.

Story follows a college graduate who has recently suffered the heartbreaking end of his first love. Determined to make things right, he sets out to win back the girl of his dreams only to discover a greater journey awaits him.

“It is the touching and poignant story of first love and self-discovery,” said Melanie Miller, VP of acquisitions & marketing for Gravitas. “‘Brightest Star’ is a beautiful film that hits on a very collective human experience.”

Kiley directed from a script she co-wrote with Matthew Mullen. It’s based on Kiley’s award-winning short film “Some Boys Don’t Leave,” which starred Jesse Eisenberg.

“Brightest Star” was produced and financed by Paul Finkel and Jason Potash through Storyboard Entertainment, along with Kyle Heller and Gina Resnick.

“Maggie’s charming and unique voice captures the quarter-life moment when you question where you are meant to go and who you are destined to be with,” said producer Jason Potash. “We are thrilled to be joining the Gravitas family and excited to be sharing this film with audiences.”

The deal for “Brightest Star” was negotiated by Miller and Noor Ahmed of Reder & Feig on behalf of the filmmakers.

As a sponsor of the Austin Film Festival this year, Gravitas Ventures has been active in its acquisitions at the festival picking up Ryan Balas’ “NSFW,” Brady Hall’s “Scrapper” and Paul Osborne’s “Favor.”

“We feel that the Austin Film Festival is a great forum for unique and innovative voices, and we are excited to offer these films to audiences where they can embrace them in the same way we did,” said Miller. “We’re anxious to see who wins the Narrative Feature prize at this year’s festival as they too will have the opportunity to work with Gravitas on the distribution of their film, if they so choose.”