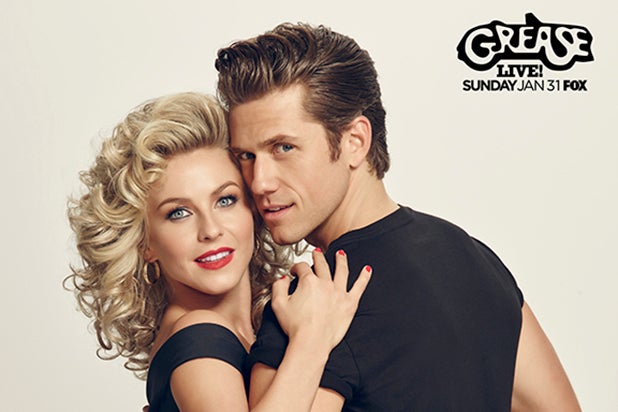 “Grease” was the word last night — and this morning it’s already the No. 5 album on iTunes.

That’s pretty good company, as are the acts that “Grease” is actually ahead of: Justin Bieber, Charlie Puth, Coldplay, twenty one pilots, and Chris Stapleton. Heard of those guys?

Drilling a bit deeper into iTunes stats, the most popular single track from “Grease: Live” may surprise you: It’s “Those Magic Changes” by Jordan Fisher. That’s the ditty the singer/actor’s Doody performs with his acoustic guitar in the diner scene. It brought on some swooning for sure.

Up second as a standalone is “Grease (Is the Word)” by Jessie J, which opened the impressive musical event last night.

“Summer Nights,” “Hopelessly Devoted to You,” “There Are Worse Things I Could Do,” and “You’re the One That I Want” are battling it out for the close third position.