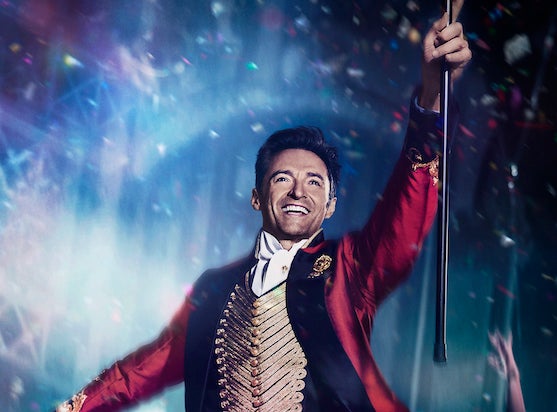 Hugh Jackman, Zac Efron and Zendaya are all participating in a one-of-a-kind marketing experiment from 20th Century Fox, staging a live trailer for their new musical “The Greatest Showman.”

The stars will perform a two-and-a-half minute music spectacle in support of the film, during Fox’s live staging of the musical “A Christmas Story Live” this Sunday. Newcomer Keale Settle, who plays the bearded lady in the film about P.T. Barnum, will join them for the stunt.

“As we continue to drive innovation in both our programming and ad products, we are thrilled to be working in partnership with our sister film studio in this exciting live holiday event,” said Suzanne Sullivan, Executive Vice President of Entertainment Ad Sales for Fox Networks Group.

“We can’t wait to watch as Hugh, Zac, Zendaya and Keala make history and unwrap the first-ever live theatrical commercial on FOX’s air.”

As if “A Christmas Story” wasn’t heavy enough lifting, the “Showman” crew will take up a stage adjacent to the TV special, which stars Maya Rudolph, Matthew Broderick and Jane Krakowski on the Warner Bros. lot in Burbank, CA.

“Showman” also counts Michelle Williams and Rebecca Ferguson in its ensemble. It opens nationwide on Dec. 20.