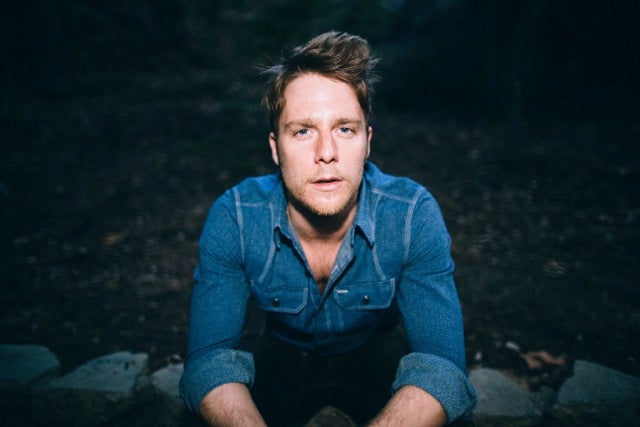 Jake McDorman, who starred on “Greek” and can currently be seen on “Shameless,” is in talks to join Bradley Cooper and Cory Hardrict on the battlefield in Clint Eastwood‘s “American Sniper,” an individual familiar with the Warner Bros./Village Roadshow project told TheWrap.

Several real-life Navy SEALs are expected to co-star in the movie, including Kevin ‘Dauber” Lacz — a friend of decorated marksman Chris Kyle (Cooper), who is credited with the most sniper kills in U.S. military history.

Jason Hall wrote “American Sniper,” which is scheduled to start production next month in Morocco. Cooper is producing through his 22nd and Indiana banner, along with Andrew Lazar and Peter Morgan. Village Roadshow Pictures is co-producing as well as co-financing with Warner Bros.

McDorman played Evan Chambers on ABC Family’s “Greek” and has recurred on Showtime’s “Shameless” and “Are You There, Chelsea?” His feature credits include “Live Free or Die Hard” and Max Landis’ upcoming directorial debut, “Me Him Her.” He’s repped by UTA and Reel Talent Management.

Hardrict (right), whose casting was reported earlier this week, is an up-and-coming actor who will next be seen alongside Johnny Depp in “Transcendence.” He’s no stranger to movie combat, having co-starred in “Battle: LA” and the zombie comedy “Warm Bodies.”

Also read: ‘Act of Valor’ a Perfect Navy Seals Recruitment Actioner — But Not Much More

Below is Lacz’s tribute to Chris Kyle that is included as part of his Congressional Record.

Of what is a legend forged?

Is a legend born of a practiced skill or a cold lethality?

Is it bred by tests of physical strength, overcome and surmounted?

Does it exist because of records broken, distances conquered, or kills accumulated?

Is a legend made by numbers in a desert, a tally kept neatly on a papers in an office?

No. This is not the stuff of legends.

A legend is made by a man with immeasurable courage and uncommon valor.

It lives in the heart of the bravest of men–a heart the size of Texas.

A legend is forged by a man who would lead when others would follow, would risk gladly his safety if only to serve God, country, and family.

A legend becomes, through the blood of a man shed generously and willingly in defense of the greatest nation on Earth.

A legend grows through a man’s unfathomable love for his wife, his son, and his daughter.

A legend spreads as a man’s generosity, warmth, and infallible friendship reach out and engulf all those he touches.

hearts of his Brothers, his family, and all those who loved him.

A legend lives on.

Chris Kyle’s legend lives on in my own heart–the heart of his SEAL Brother, his pupil, and his friend. His legend survives in the memory I keep and pass to my son, as Chris joins the ranks of our nation’s finest heroes and warriors. So long as there are men willing to defend the helpless, to hunt down and destroy evil, and to love their God, families, neighbors, and country, Chris Kyle can never die. Chris, it was an honor to serve with you. It was a greater honor that you called me friend. Your legend lives on in me. — Kevin “Dauber” Lacz