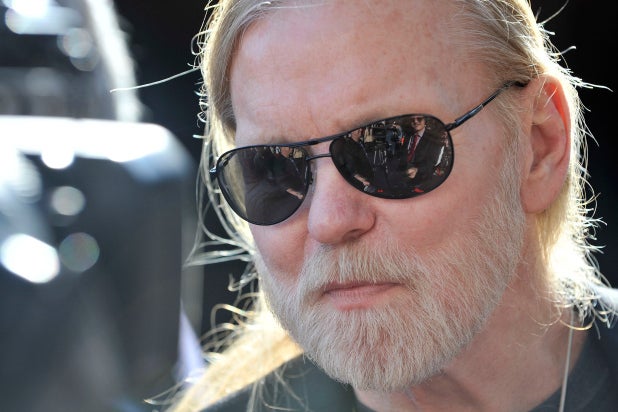 Gregg Allman stands “in solidarity” with North Carolina’s LGBT community, but will not be canceling his planned concert there amid controversy over a newly-passed law.

The singer made the announcement Tuesday on his Facebook page.

“Although we, as a nation, have made progress in many areas, it’s sad and infuriating that some, in 2016, are still working so hard to take the rights away from our brothers and sisters, as in the cases of ‘bathroom laws’ recently passed in North Carolina (HB2 – Public Facilities Privacy and Security Act) and Mississippi (‘Religious Liberty’ bill 1523), discriminating against the LGBT community,” he said in the post.

The North Carolina law “dictates which bathrooms transgender people are permitted to use,” Bruce Springsteen said in a statement released on his official web site Friday. “Just as important, the law also attacks the rights of LGBT citizens to sue when their rights are violated in the workplace.”

However, the rocker will play his concert Wednesday night as scheduled, saying “My band and I will continue to play our show as scheduled there tomorrow, April 13, and hope that our music unites people in this challenging time.”

Allman is the latest public figure to speak out on the controversial law, joining Bruce Springsteen in protest of the law. Springsteen canceled a North Carolina concert last week.

Others, like Jimmy Buffet, are denouncing the law but not canceling appearances.