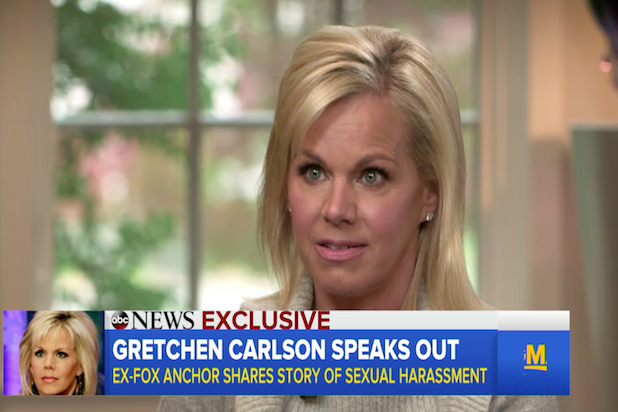 Gretchen Carlson got emotional in her first TV interview since settling a sexual harassment lawsuit against former Fox News CEO Roger Ailes, saying she was “inconsolable” after her first being harassed.

“It was a shocking experience because, with this particular man, he spent most of the day helping me,” Carlson said of an experience that occurred early in her career. “Before I knew it, he was on top of me and his tongue was down my throat.”

“He took my head and my neck and he shoved my face into his crotch, so forcefully that I couldn’t breathe,” Carlson said.

Carlson shook up the media landscape last summer when she filed the lawsuit against Ailes, which prompted numerous women to come forward with similar claims. Ailes stepped down from his position as chairman and CEO of Fox News, but has denied all claims against him.

Fox News agreed to settle Carlson’s sexual harassment lawsuit against Ailes for $20 million and the network even issued an apology.