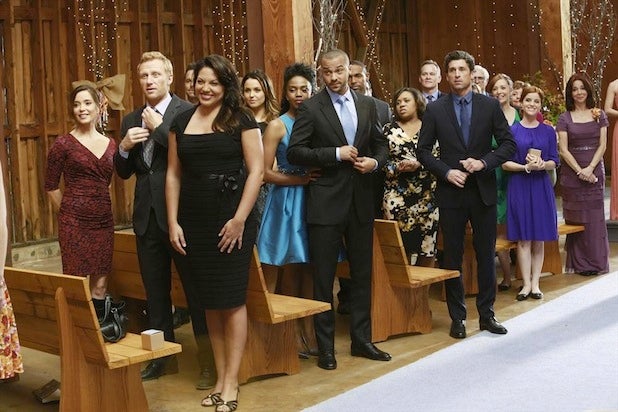 Justin Chambers, Chandra Wilson and James Pickens, Jr. will join Ellen Pompeo as original cast members of “Grey’s Anatomy” who will stick around through Season 13, TheWrap has learned.

Kevin McKidd, who joined the Shondaland drama in Season 5, has also closed a deal to return to Seattle Grace Hospital.

The five actors’ contracts were all up after Season 12. A sixth, Sara Ramirez, decided not to renew hers after 10 seasons on Shonda Rhimes’ medical drama.

Also Read: 'Grey's Anatomy' Star Jason George on How to Avoid Getting Killed Off (Exclusive Video)

“Grey’s” finished strongly, with its season finale hitting a 14-week high in the coveted 18-49 demographic and in overall viewers. It’s one of the longest-running shows in prime time.

Other medical dramas are struggling to find the same winning formula. CBS’ “Code Black” dropped two regulars — Raza Jaffrey and Bonnie Sommerville — ahead of a “relaunch” for Season 2.

NBC canceled the Melissa George-led “Heartbeat” after one season.