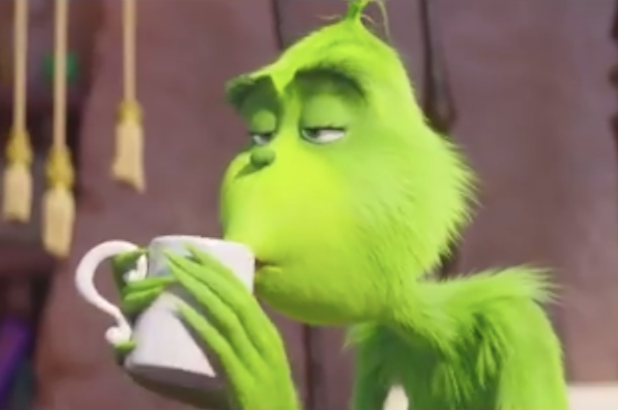 While “Nutcracker and the Four Realms” failed to leave much of a mark on the box office, this weekend should see the start of a dominant period for family films, starting with Illumination/Universal’s “The Grinch.” The Dr. Seuss adaptation should post a solid opening, but will it be a major factor as more films fight for families in the coming weeks?

Universal is projecting an opening weekend of $50 million for “The Grinch” from 4,140 screens, with independent trackers projecting estimates as high as $62 million. By comparison, Illumination’s previous Dr. Seuss adaptation, “The Lorax,” opened to $70.2 million in March 2012 and grossed $214 million domestically. Both “Lorax” and “The Grinch” have reported $75 million budgets, consistent with other Illumination films.

The real test for “The Grinch” will be in its holdover weeks, with “Fantastic Beasts: The Crimes of Grindelwald” coming out next weekend and “Ralph Breaks the Internet” coming out on Thanksgiving weekend. Both are projected for similar or higher openings and could peel away large chunks of “The Grinch”‘s potential audience.

“There have been successful Christmas films in November, and this release slot can allow ‘The Grinch’ to get ahead of the competition,” said comScore’s Paul Dergarabedian.

Perhaps to counteract this, Universal has been heavily promoting the film for months. Teaser posters appeared in theaters last winter, and NBC gave the film heavy TV spot airtime during its Winter Olympics coverage. In the past few weeks, the film has received some clever advertising with billboards featuring the Grinch saying sarcastic lines that should raise some adult interest in the film. Thanks to that wide advertising campaign, “The Grinch” should have a solid pre-Thanksgiving run, even if “Fantastic Beasts” pulls away families with older kids.

Another similarity between the next three weeks of release is that along with the family films will be more mature action films that will try to serve as an alternative for the 18-34 crowd. First up this weekend is Sony’s “The Girl in the Spider’s Web,” the latest film adaptation of Stieg Larsson’s Millennium series and based on the first book written after his death.

That film stars Claire Foy as the avenger of women Lisbeth Salander as the star of “The Crown” continues to demonstrate her range along with other roles like “First Man. Trackers are expecting an opening of $12-14 million this weekend from 2,400 screens, with Sony keeping their projections much more reserved at around $8 million. “Evil Dead” director Fede Alvarez helmed this film from a script he co-wrote with Jay Basu and Steven Knight. Columbia Pictures co-produced the film with MGM and New Regency.

By comparison, David Fincher’s 2011 adaptation of “The Girl With The Dragon Tattoo,” which starred Rooney Mara as Lisbeth, opened to $12.7 million and endured through the winter, earning $102 domestic and $230 million worldwide against a $90 million budget. With a 59 percent Rotten Tomatoes score and like the Steve McQueen drama “Widows” coming up, it’s unlikely that “Spider’s Web” will have similar legs.

But Sony is demonstrating the same shrewd production budget judgment that made “Venom” a big hit, as “Spider’s Web” was made on a much cheaper $43 million budget that should give the film a better chance to earn a profit, even as it faces tough competition against a second weekend “Bohemian Rhapsody” that should continue to earn the attention of most adult moviegoers the way “A Star Is Born” did last month.

Finally, there’s the Paramount WWII horror movie “Overlord,” which has J.J. Abrams credited as producer and at one time was believed to be an installment in the “Cloverfield” series. Abrams shot down that rumor, revealing instead that this is an original and very gory horror film about U.S. paratroopers who drop into a small Nazi-occupied town prior to D-Day, only to discover that the Nazis are performing unspeakable experiments.

With horror films like “Halloween,” “The Nun,” and Paramount’s own “A Quiet Place posting much higher than expected openings, Paramount is banking on the thirst for horror boosting the hopes of this non-franchise, post-Halloween frightfest. The marketing is heavily leaning on the film’s Rotten Tomatoes score, which currently sits at 86 percent after it got rave reviews from horror-loving critics at Fantastic Fest two months ago.

A $9-10 million opening is currently expected for this film, with trackers expectations topping out at $13 million from 2,850 screens. Jovan Adepo and Wyatt Russell star in the film, which is directed by Julius Avery.