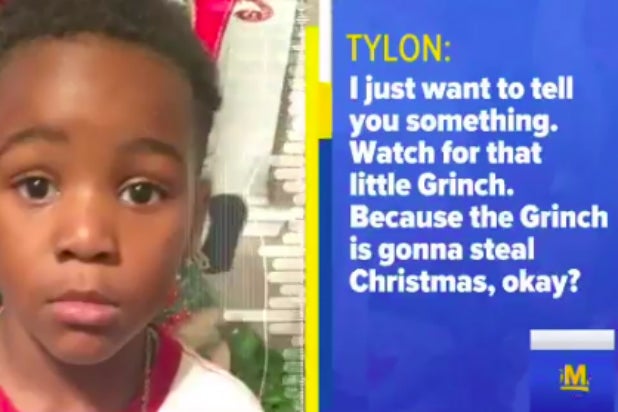 Tylon Pittman knows exactly how the Grinch stole Christmas — and that nonsense isn’t happening this year. Not on his watch.

The 5-year-old Mississippi boy watched “How The Grinch Stole Christmas” and immediately called 9-1-1 to warn the cops of the coming holiday heist.

“I just want to tell you something,” Tylon told the operator during the recorded call. “Watch for that Grinch. Because the Grinch is gonna steal Christmas, OK?”

Pittman’s dad then picked up the phone and apologized to the emergency dispatcher. She was cool about it — as were the actual police, who later took the boy to see the Grinch in a holding cell.

Watch the “Good Morning America” segment below — your heart will grow three sizes this day.

5-year-old boy calls 911 to stop the Grinch: "Because the Grinch is gonna steal Christmas!" pic.twitter.com/koxMozEkgQ