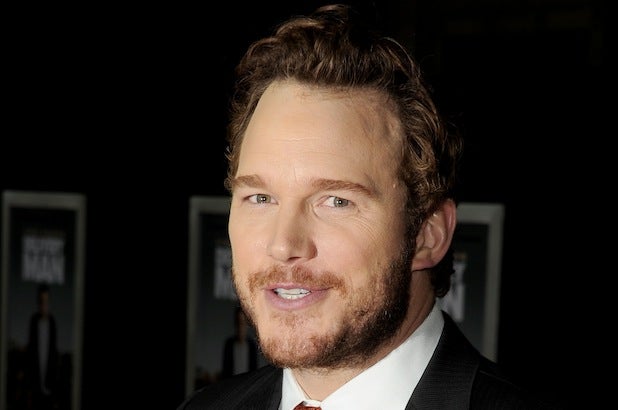 With his film career on fire thanks to the upcoming Marvel movie “Guardians of the Galaxy,” Chris Pratt is being sought to star in Universal’s “Jurassic World,” multiple individuals familiar with the project have told TheWrap.

Discussions are still in the very early stages, as Pratt would have to navigate the “Jurassic” shooting schedule with that of his TV series “Parks and Recreation” — provided it gets renewed by NBC — as well as overcome several other obstacles in the way. Pratt doesn’t have any projects lined up aside from his TV commitment.

Josh Brolin had been circling the lead role in “Jurassic World” though talks failed to lead to a deal.

Universal is not commenting on casting speculation surrounding “Jurassic World.”

Should Pratt choose to accept a plum part in Universal’s summer tentpole, he would join Bryce Dallas Howard, Nick Robinson and Ty Simpkins in the 3D sequel, which is also courting Irrfan Khan (“Life of Pi”) for a supporting role.

Colin Trevorrow is directing from a script he wrote with Derek Connolly, though plot details remain under wraps.

“Jurassic Park” director Steven Spielberg is producing the sequel with Frank Marshall and Pat Crowley, and Universal will release “Jurassic World” on June 12, 2015.

While Pratt has earned a loyal fanbase thanks to his turn as lovable goofball Andy Dwyer on “Parks and Recreation,” it wasn’t until his performance as Scott Hatteberg in “Moneyball” that Hollywood began to see him as a budding movie star. Since then, he stole scenes in Nicholas Stoller’s Universal comedy “The Five-Year Engagement” and Kathryn Bigelow’s “Zero Dark Thirty.”

Pratt will soon be seen opposite Vince Vaughn in “The Delivery Man” and in Spike Jonze’s romantic drama “Her.” He also voices the lead role in WB’s “The LEGO Movie” and stars as Peter Quill, aka Star-Lord, in Marvel’s “Guardians of the Galaxy,” which hits theaters on Aug. 1, 2014.